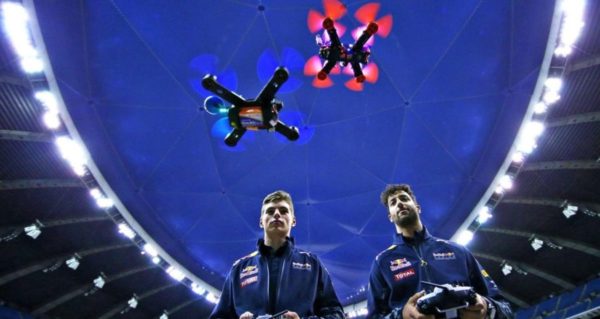 Will the future of sport be electronic? The IOC believes so. After organising a forum dedicated to e-sport in July 2018, the body launched its first edition of the Olympic Virtual Series last June. A step forward, certainly not the last.

But the IOC and the rest of the Olympic movement may soon be caught out in their efforts to attract the presumed youthful audience of virtual sports. The threat has a name: the Futurous Games. Their first edition will take place in Russia in 2023. Nine days of competition. More than 2,000 competitors, 300,000 spectators and 100 million TV viewers expected. Budget: 120 to 150 million euros.

Unlike the IOC’s Olympic Virtual Series, the Futurous Games are not just about e-sports. Their universe is broader, with five galaxies: e-sport, mobility technology (e-motion), robotics and the exoskeleton, virtual and augmented reality, and new sports (surfing pulled by a drone, etc.). The marriage of sport and technology, sprinkled with a few pinches of culture and education.

Philippe Blanchard, the president and founder of Futurous, explained to FrancsJeux its contours, stakes and perspectives.

Philippe Blanchard: It goes back to 2007. At the time, I was an IOC director. I was asked to launch a new department dedicated to business intelligence. I realised that the gap was widening between young people and the Games. The average age of an Olympic viewer was 47. It has now risen to 53. The first advanced games consoles were beginning to invade the market. After a long series of meetings, IOC President Jacques Rogge finally settled on the idea of the Youth Olympic Games. But I kept in mind the idea of a marriage between sport and technology. After I left the IOC and joined the Dubai World Expo, I felt the time was right to be more active. The Futurous Games aim to use sport and competition to showcase the technologies that shape communities. They will be a bridge between the Olympics and the World Expo.

The first edition is scheduled for 2023 in Russia. What motivated the Russians to host the event?

Russia is a country of sport. But it is also a country of technological excellence, very sensitive to innovation, with an artistic and cultural dimension. Above all, Russia has a transversal vision of sport, like Singapore. Our contact in the government, Deputy Prime Minister Dmitry Chernyshenko (editor’s note: former president of the Sochi 2014 Winter Games organising committee), is in charge of sport, youth and digital transformation. Russia launched a call for bids, and five cities responded: Moscow, Saint Petersburg, Kazan, Sochi and Ekaterinburg.

How did you determine which sports and disciplines will be included in the Futurous Games programme?

We spent two years in a closed circuit meeting with experts, presidents of international federations, academics, marketing specialists and media representatives. We wanted to know what the technology offered and what the market could accept. Our catalogue included up to 150 disciplines. We refined it to establish the five galaxies of the Futurous Games.

The credibility of a sporting event depends on the level of its participants. In such a universe, how will you select the competitors?

We are not working on new sports, we will only adapt them to our event. We want to favour team events, where men and women, humans and robots, able-bodied and disabled people will be associated. We want to encourage interactivity between the competitors and the fans from a distance. We have identified sports where competitions and world rankings already exist. For the first edition in 2023, we hope to have the presence of at least twenty countries. We are already working with France, Germany, Russia, Singapore, Saudi Arabia… But in the world of e-sports, many teams are very multinational.

How do you position yourself in relation to the IOC and the Olympic movement?

We are not doing anything in opposition to the IOC. They are aware of the project and its progress, we have discussed it with Christophe De Kepper, the Director General. Our approach is very different. Faced with e-sport, Thomas Bach at one point changed his strategy so that the international federations would reclaim ownership of the electronic disciplines. But they belong to the game publishers, not to the institutions.

It is time to control costs and investments in the sports movement. Do you follow the same approach?

Of course we are. We are going to give priority to all the existing venues, the places where people live and gather. The Red Square in Moscow, for example. The Futurous Games will have an audience, but they will also be followed from a distance, with the possibility of organising certain competitions in several different cities. The event must be part of the future. The second edition will take place in 2025. We hope to have 500,000 spectators and 500 million television viewers worldwide.