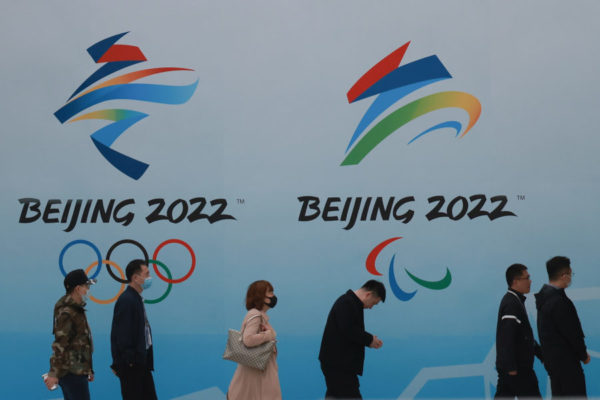 The big manoeuvres are beginning in China this week in preparation for the Beijing 2022 Winter Games. With less than four months to go before the opening of the event (February 4th to 20th), it is about time. But questions remain about the conditions regarding the next Olympic events. And the answers are very conditional.

From this Tuesday, October 5th, no less than ten international competitions will take place at the Olympic venues until October 31st. They will serve as test events for the Beijing 2022 Games.

The pre-Olympic programme will be reinforced by a long series of official training sessions, but also by two national competitions. All three competition zones are involved, Beijing, Yanqing and Zhangjiakou.

With just over 120 days to go until the opening ceremony, the Chinese have no choice. They are forced to pile up the test events without taking a single breath, after having cancelled them all last year because of the pandemic.

China has finally opened its doors to foreigners, having previously closed them to all international sporting events. According to the organisers’ estimates, about 2,000 athletes, officials, coaches, judges and technicians will enter the country for the three weeks of competition. But they can already cross any tourist plans off their agenda. The sanitary bubble prepared by the Chinese is about to be opaque.

Like during the Tokyo Games, participants will have to be tested for COVID-19 every day. They will also have to present at least one negative test when they enter China.

Once there, their movements will be very limited. Huang Chun, head of health prevention at the Beijing Games organising committee, warned: “Inside the bubble, we will operate in a closed circuit. All participants will only be allowed to move between competition venues. Their activities will have to be related to their work, competition and training. Nothing else will be allowed. These measures will begin when they enter China and will remain in effect until they leave the country.”

At the Tokyo 2020 Games, foreign media were allowed to move freely after their first 14 days in Japan. They were notably allowed to use the underground. For the Beijing Games, the Chinese have no such plans. Travel will be monitored from the first to the last day.

One question remains: the public. The IOC has already announced that foreign spectators will not be allowed at the Beijing Games. The Chinese continue to put forward the scenario that the stands will be filled with national residents only. But they have not detailed their plan yet, especially in terms of capacity. Above all, they still have not started selling tickets. At this stage of preparation for an Olympic event, ticketing should be in its final phase.

“If conditions allow, we will make sure that spectators can attend certain competitions,” explained Yao Hui, the director of the Olympic and Paralympic venues at the organising committee, during a press conference on Monday, October 4th. He was referring to the test events in the coming days and weeks. The presence of the public remains conditional. For the Games, it is even more so.