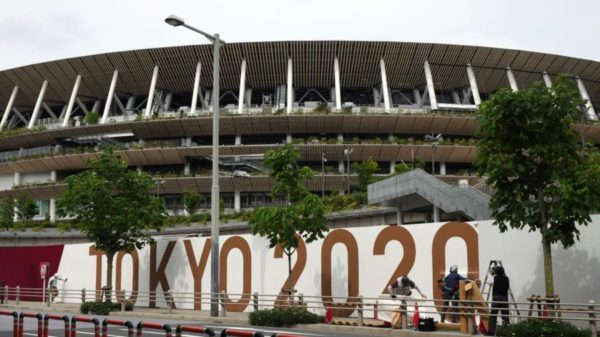 The Japanese are incredible. The Tokyo Games will leave the peninsula with a historic bill to be wiped out by taxpayers, but the country continues to dream of the greatest international sporting events.

Japan is making no secret of the fact that it has its eye on the 2030 Winter Games in Sapporo. Seiko Hashimoto, the president of Tokyo, has already publicly expressed her interest in the presidential office if the bid wins.

According to the Kyodo News agency, Japan is also interested by the world athletics championships. Citing a source “close to the case”, the news agency reveals that the Japanese Athletics Federation has officially submitted Tokyo’s bid for the 2025 edition of the global event stamped World Athletics. The bid was submitted to the international body before the deadline of October 1st, 2021.

According to Kyodo News, the bid plans to hold the 2025 World Championships at Tokyo’s Olympic Stadium, which was built for the 2020 Olympic and Paralympic Games on the ruins of the venue used for the 1964 Games.

At the time of its construction, it had envisaged transforming it into a football stadium by removing the track. But the idea was reportedly abandoned. It should remain equipped with an athletics track.

Tokyo’s bid for the 2025 World Championships, supported by the Japanese Athletics Federation, has not been discussed with the local and national authorities. In any case, not formally. But it already appears to be the favourite.

Kyodo News reminds us that the idea of hosting the world championships outdoors at the Olympic Stadium came from Sebastian Coe himself. The president of World Athletics told the media during his first visit to the new Olympic stadium in October 2020 that he hoped the Japanese capital would host the World Championships there within the next five years.

The British leader made the point during the Tokyo Games, suggesting once again that a facility of this quality should host the athletics elite in the near future.

One unknown factor remains: the budget. It is estimated that the 2025 World Championships could cost $90 million (10 billion yen). Such a sum could be tricky to find after the historical overcost of the Tokyo 2020 Games.

World Athletics has not revealed the number and identity of bids for the 2025 World Championships. But it seems certain that the choice will be announced in March 2022.

At the beginning of his second term, Sebastian Coe repeatedly explained that he wanted Africa to host the world outdoor championships for the first time in 2025. Kenya, South Africa and Morocco had expressed interest. But the COVID-19 pandemic seems to have postponed the will of the World Athletics president and the ambitions of the African countries by at least one edition.

Japan has already organised the outdoor World Athletics Championships twice, in Tokyo in 1991 and in Osaka in 2007. The first of these two editions remains one of the most successful and memorable in history. It was especially marked by the fall of Bob Beamon’s legendary world record in the long jump (8.90m at the Mexico Games in 1968), which was beaten by the American Mike Powell at the end of an unforgettable competition.

The next outdoor World Championships will be held in Eugene (USA) in 2022. The following edition, in 2023, was awarded to Budapest.

Like the IOC, World Athletics has abandoned the old method to award major events, with a bidding campaign and a vote to choose the host city. It now favours a modernised process, where the choice is made after a “dialogue phase”.