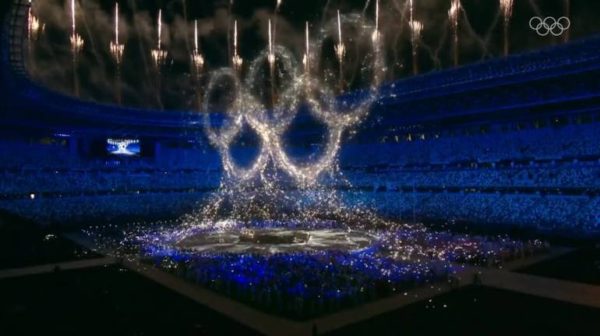 The Tokyo Games belong to the past, but their final cost is still unknown. And so it will be for at least a few more months.

Just over three weeks after the closing ceremony of the Paralympic Games, the final point in the most unlikely and unexpected saga in the history of the sporting movement, the Tokyo Board of Directors held its first meeting since the curtain fell on the Games on Tuesday, September 28th.

According to the director general of the organising committee, Toshiro Muto, who was invited to give a brief account of the meeting to the media, the atmosphere was warm and the faces rather smiling. Not really surprising, since the most painful subjects were not on the agenda.

The topics discussed included the success of the Olympic and Paralympic Games’ sports programme, but also their impact in terms of sports diplomacy, despite the closed-door nature of the event and the small number of foreign dignitaries present. On these issues, Tokyo 2020 has gone green.

The cost? Patience. When asked by a Japanese journalist whether the final bill for the Games would exceed the $15.4 billion figure in the last budget, Toshiro Muto did not try to hide the fact. He admitted he did not have an answer yet.

“I’m not ready to answer your question,” he told a press conference. “I don’t have the information yet. Our teams are currently looking into the matter”.

Too early, then. According to Toshiro Muto, the question of the cost of the Games should be addressed at the next board meeting. It is scheduled for December. But the Tokyo 2020 CEO said that the figures presented would only be “preliminary”. To know the final score, we will have to wait until the first months of 2022.

This is logical. But it already seems certain that the last version of the Games’ budget, presented several months before the organisers’ decision to hold closed-door events at the Olympic and Paralympic Games, will no longer be valid. It forecast ticket sales of more than 800 million dollars. In the end, it will be zero, as the Japanese organisers did not sell a single ticket.

Toshiro Muto confirmed that the IOC subsidy will not be increased. The Tokyo 2020 CEO suggested that the Olympic body’s financial support had already been “quite substantial”, and in line with the IOC’s commitment as specified in the host city contract. The contribution from Lausanne amounts to about $1.3 billion.

The good news is that the sponsors have paid. All of them. Toshiro Muto explained that the proceeds of the national marketing programme, the most successful in history with about 60 sponsors and a prize fund of more than 3 billion dollars, had been paid in.

The Tokyo 2020 chief executive also said that the organising committee had already reduced its staff numbers considerably since the end of the Paralympic Games. Its staff will be reduced to around 1,000 full-time employees from next week. It will move from its current premises, a tower in Harumi Triton Square, to a smaller building in the same office complex.

Seiko Hashimoto, the president of Tokyo 2020, told a press conference: “We will be looking at our expenses in detail, including those related to the one-year postponement, sanitary measures and the last-minute decision not to have spectators. But I think we will have to take responsibility.”

How? That’s a mystery. But one thing is certain: the inevitable new extra costs of the Tokyo Games will be met, like all the previous ones, by the public authorities.