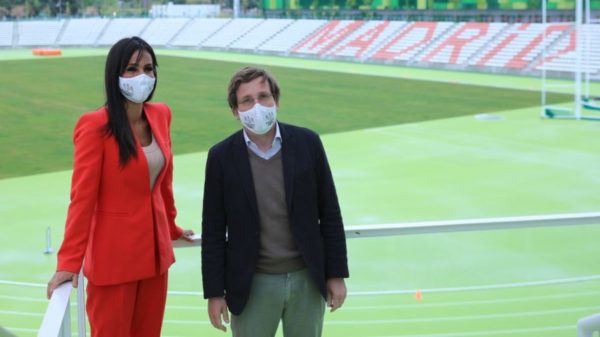 The IOC can rub its hands. Its new selection process for Olympic host cities, as vague as it is possible to be, is not discouraging applications. On the contrary, it even encourages candidates to enter the race as early as possible, without waiting for a starting signal that may never come.

The latest example is Spain. Since last week, speculation has been rife about whether the capital, Madrid, will bid for the Summer Games in 2036. Will it or won’t it? Maybe or for sure? With fifteen years to go, the question has not yet been solved. But it is an issue that is dividing the political class, proving its relevance.

The debate has made a prominent appearance in the news over the past few days, thanks to a showdown between the mayor of Madrid, José Luis Martínez Almeida, and the city’s vice-mayor, Begoña Villacís (photo above). It is important to note that the two elected officials do not belong to the same political party, even though they both sit on a coalition council.

Begoña Villacís was the first to speak out in an interview with a Spanish radio station. “Of course we want to organise the Olympic Games,” she said. A very large investment has already been made for the previous bids. From now on, it will not be necessary to do it again.

According to Begoña Villacís, the Olympic movement even owes Madrid a debt of gratitude for having pushed it aside three times in its attempts to host the Summer Games, for the 2012, 2016 and 2020 editions. The Spanish leader is adamant that the 2036 edition could be the one.

The media appearance by the vice mayor of Madrid, who is responsible for sports issues, was not to the liking of the capital’s first elected representative. José Luis Martínez Almeida issued a statement calling for caution. “We have to be very careful,” he said. “We have already experienced three unsuccessful candidacies. Now it is essential that we have minimum guarantees of success. But this will not be possible without the unity of the institutions and the support of the people of Madrid”.

The message is clear: patience, assurance and consensus. Like Anne Hidalgo, the mayor of Paris, at the beginning of the French capital’s bid for the 2024 Games, José Luis Martínez Almeida no longer wants to embark on the battle without having guarantees of victory. After three consecutive setbacks, this is understandable.

Between the two elected officials, a third person should play a major role: Alejandro Blanco, the president of the Spanish Olympic Committee (COE). He too prefers to be cautious. He does not rule out the idea of a Madrid bid, but refuses to put it on a timetable.

“There is no date,” he told the AroundtheRings website. “In the first instance, we are working on organising championships and international events, and then preparing for the Olympic Games. But in the future.”

Political context aside, Madrid’s strategy seems to be inspired by the example of Paris. Like the French, the Spaniards have experienced failure on several occasions. Like them, they abandoned their project for a while, only to bring it back at a more opportune moment. For Paris, the landscape has become clearer by 2024. Will the comparison continue for the 2036 edition?

The Spanish media are already anticipating a possible, even probable, return of the Summer Games to Europe in 2036, after Los Angeles 2028 and Brisbane 2032. But the rule of alternating continents, long respected by the Olympic movement, no longer carries much weight.

A bid from Madrid would not be without its advantages. But Spain would first have to settle the issue of its most immediate Olympic project, the Winter Games in 2030, for which Barcelona and the Pyrenees have entered into a “dialogue phase” with the IOC. Opponents of the bid are already mobilising on the Pyrenean side. They are calling for a referendum. Which is never good news.