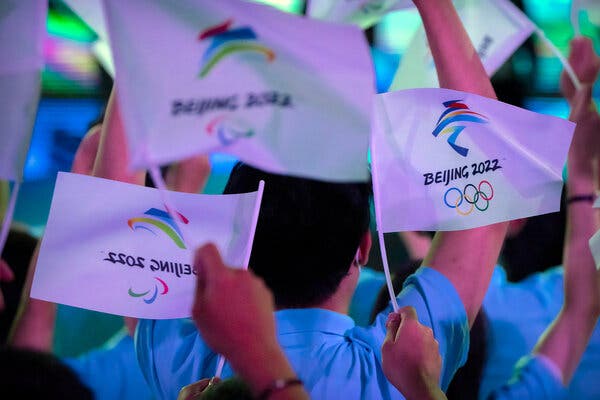 The US Olympic and Paralympic Committee (USOPC) has decided that its delegation to the 2022 Beijing Winter Games will be vaccinated against COVID-19. All of it. Those who do not want the vaccine won’t be able to make the trip.

Only a few weeks after the end of the Tokyo Games, where several American athletes had openly announced that they would not be vaccinated, the USOPC decided to use the hard way. It obliges and coerces.

A new directive has been added to its rules. It was unveiled on Wednesday, September 22nd, on the official USOPC website. As of November 1st, 2021, all athletes, but also employees, contractors and other persons having access to its facilities, must be vaccinated against the coronavirus.

This requirement will be extended on December 1st to all members of the various Team USA delegations, as well as to young hopefuls who may participate in the Olympic Games in the near future.

“The health and well-being of our Olympic and Paralympic community continues to be a top priority,” the US Olympic and Paralympic governing body said in a statement signed by CEO Sarah Hirshland. “This measure will enhance our ability to create a safe and productive environment for Team USA athletes and staff. It will allow us to restore consistency in event planning and preparation and provide optimal service to athletes”.

Prior to the Tokyo Games, the USOPC followed the lead of the IOC in strongly recommending that its athletes get vaccinated. The body had organized logistics to facilitate the vaccination of delegation members in the best possible conditions. But it had not made it compulsory.

On the day of the opening ceremony, the USOPC’s chief medical officer, Jonathan Finnoff, said that 83% of the American athletes at the Olympic Games had been vaccinated. So there were about 100 athletes who were not vaccinated, or at least did not claim to be vaccinated. No figures were released for the vaccination rate of Team USA at the Tokyo Paralympics.

Golfer Bryson DeChambeau had refused to be vaccinated even before the Tokyo Games. But he tested positive for COVID-19 shortly before leaving for Japan and had to withdraw. Swimmer Michael Andrew, who attended the Tokyo Games, explained that he had no intention of being vaccinated, as he had already caught the virus. In Tokyo, he created a controversy by appearing without a mask in front of the media in the mixed zone, before being called to order by the USOPC management.

With less than five months to go before the opening of the Beijing 2022 Winter Games, the Chinese organisers have still not revealed the sanitary measures planned before and during the event. It is therefore not yet certain that the vaccine will be compulsory.

But the Americans are anticipating the move. The mandatory COVID-19 vaccine will apply to all athletes, coaches, officials or employees who have access to the event’s facilities, including the National Training Center in Colorado Springs, Colorado.

However, athletes will be able to request an exemption, but only “for a legitimate medical reason or because of a sincere religious belief”. In such a scenario, they will be required to undergo daily testing for COVID-19.