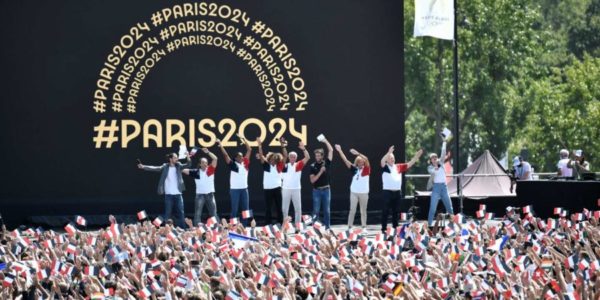 Paris 2024 is moving forward. At its own pace, without trying to rush things. But it won’t refrain from unveiling its score before putting it to music.

On Tuesday, September 21st, the OCOG’s first board meeting of the school year discussed two subjects that will not be implemented until… 2023: the flame’s route and the volunteers’ programme. A simple foretaste, but with enough detail to guess what will follow next.

First of all, the flame. Its route will be unveiled in the second quarter of 2023. But the organising committee has already filled in its notebook with the main principles of the project and even, surprise, the key figures. Barring any changes to the programme, it should last around 80 days, crossing 700 towns and stopping in 70 of them. Priority will be given to the municipalities that have been awarded the Paris 2024 Terre de Jeux label.

The route should enable 90% of the French population to be reached. With at least one incursion into the overseas territories, but also one or more possible detours into neighbouring countries: Belgium (Brussels) to give it a European dimension, Italy to give concrete expression to the cooperation agreement signed at the Tokyo Games with the organising committee of Milan-Cortina 2026.

In total, there will be around 12,000 torchbearers. For the first time, the torchbearers will be able to be individuals or groups. With this initiative, the OCOG hopes to promote team spirit by creating greater enthusiasm at local level, especially in sports clubs.

Another novelty: the two flame routes, Olympic and Paralympic, will become one, at least in their approach and design. The first “chapter” of the project, the Olympic Games relay, will integrate the Paralympic movement, by including a significant number of torchbearers with disabilities. To follow the same logic, the Paralympic torch relay will be open to able-bodied participants.

Finally, the torch relay will have its own partners. A habit. Its marketing programme will have three levels. At the top of the pyramid, past editions sponsors (Coca-Cola and Toyota) will have priority.

Secondly, the volunteers programme. Not the smallest case to deal with. The recruitment platform will not be open until February 2023. But, as with the torch relay, the OCOG has set its figures. An estimated number of 45,000 volunteers will be needed, the majority of whom will be French, with the addition of around 3 to 5% of foreign volunteers.

In detail, 31,500 volunteers will be assigned to the Olympic Games, then 13,500 will work during the Paralympic event. They must be at least 18 years old on January 1st, 2024, speak French or English and be available for a minimum of 10 days, with one day off per week during their assignment.

Successful candidates will not be provided with accommodation or transport (except for public transport in the Paris region), let alone paid. It is purely voluntary work. But they will be entitled to one meal a day and will be equipped by Decathlon, which joined the OCOG’s private partnership programme at the beginning of last summer.

In addition to the volunteer plan prepared by the organising committee, Paris and some of the host cities of the sports events will also be recruiting their volunteers. Their number should reach 20,000 throughout the country.

The recruitment phase will begin in February 2023, with the ambition of gathering at least 90,000 applicants (for 45,000 spots). So there is no rush. But the OCOG has already started the big manoeuvres. An Olympic and Paralympic volunteer charter was published on Tuesday, September 21st, on the occasion of the first board meeting of the school year. It draws up a list of 75 generic missions proposed to future applicants.

In parallel, the OCOG explains that it is already working with the sports movement, including the federations of Olympic and Paralympic disciplines, to identify the best profiles. The same approach is being taken with the cities that have been awarded the “Terre de Jeux” label and with private partners. The Paris 2024 Club will also allow some of its members to apply before the official opening of the recruitment platform.

A national and international communication campaign is planned before the launch. It is announced for autumn 2022.