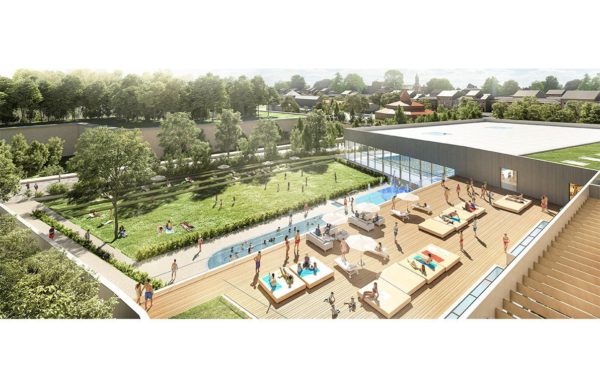 With less than three years to go before the Paris 2024 Games, the delay in the construction of future Olympic venues keeps getting longer. After the media village, another construction project also planned in Seine-Saint-Denis has been slowed down by legal procedures. Its future is now on hold.

On Monday, September 20th, the Paris Administrative Court of Appeal suspended the building permit for the training pool in Aubervilliers. Its construction is being contested by associations of local residents and environmentalists. They criticise it for encroaching on the historic workers’ gardens, vegetable plots that are more than a century old.

The project to build a 50-metre swimming pool and solarium involves the destruction of 67 trees. A large part of them (47) will be replanted, but only a part. The construction site will also cut down nearly 4,000 square metres of allotments.

According to the ruling of the Paris administrative court, consulted by AFP, “the execution of the present order, which suspends the disputed building permit, necessarily implies, as the applicants rightly maintain, that the work already undertaken should be terminated immediately”. The judge in charge of the case noted several defects in the legality of the town planning code.

The building permit, issued on July 21st, has therefore been suspended. The work was stopped before it had even begun. They were only at the stage of destroying the gardens, which began at the beginning of September, after the forced evacuation of environmental activists who had occupied the site for several months.

A training pool for the Paris 2024 Games, the pool must then be accessible to the inhabitants of Aubervilliers, a town of 90,000 inhabitants where, according to the mayor Karine Franclet, 60% of children do not know how to swim when they enter the sixth grade. Aubervilliers currently has only one swimming pool. The Olympic pool was to be integrated into the vast legacy plan for the Paris 2024 Olympic and Paralympic Games.

The cost of the project has been set at €33 million, of which about a third will be financed by SOLIDEO, which is responsible for delivering the Olympic facilities.

Will it see the light of day? At this stage, the answer remains highly conditional. The legal battle is probably just beginning. The Aubervilliers town hall, the holder of the building permit, can appeal the administrative court’s decision to the Council of State. It can also regularise the contentious points raised by the judge. The project should also be the subject of a new hearing on the facts.

As a reminder, last April, the same administrative court had pronounced the suspension of the works of the media village, located in Dugny, also in Seine-Saint-Denis. Three months later, after a new study of the case on the facts was conducted, the court back-pedalled and authorised the resumption of the work.

But time is running out. Stéphane Troussel, the president of the Seine-Saint-Denis departmental council, explained this to the media on Monday morning: “If the timetable does not allow the pool to be designated as a training site, the SOLIDEO will raise the issue” of its financial participation. In plain language: the very existence of this training pool will be debated. With the risk of seeing it permanently removed from the map of sites for the Paris 2024 Games.