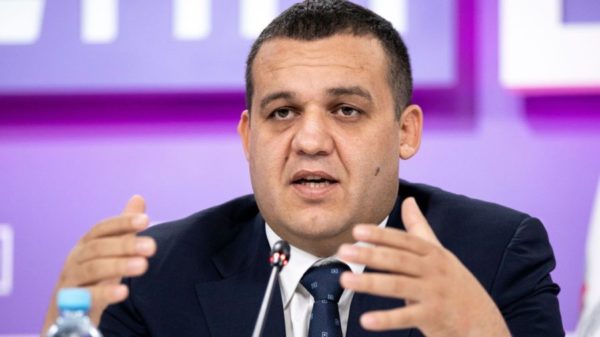 The horizon darkens for AIBA. Nothing very new. But with less than three years to go before the Paris 2024 Games, the Olympic future of the International Boxing Federation still seems to be compromised. The arrival of a new president, the Russian Umar Kremlev (photo above), who has been working hard since his election last year on a reform plan, does not change much.

The IOC is still not convinced. Even worse: it is expressing its concerns and worries out loud. Proof of the seriousness of the situation: on Wednesday, September 15th, the body published a letter sent to Umar Kremlev on its official website. It is signed by Christophe De Kepper, the director general.

This is an unusual step. It is true that the IOC has never made a secret of its doubts as to the reality of the progress made by AIBA since it was banished from the Olympic movement in June 2019. But it has been content to express this verbally, usually through the voice of its president, Thomas Bach. This time, the Olympic body has released a warning letter addressed to the AIBA president. The situation is serious.

In his letter, Christophe De Kepper details the concerns raised in the report of the IOC special steering committee on boxing, presented by Nenad Lalovic to the Executive Board. There are 3 main points: governance, finances and refereeing. Anything but anecdotal.

On the question of governance, the IOC explains that it has “taken note” of the adoption by AIBA of new statutes, including the creation of an ethics committee and a disciplinary committee. A step forward, suggests Christophe De Kepper. But the Belgian insists: “Good governance should not be judged solely on rules, future projects or a branding shift”. In plain English: texts will not be enough, they will have to be followed by actions. And here, the problem is that the IOC is having trouble finding them.

It especially notes that “no new management team among the elected officials has been established to effectively integrate the culture change into AIBA’s governance”. It also notes “some overlap of skills regarding AIBA’s current governance”, as pointed out in the conclusions of the report by Canadian Richard McLaren.

On the question of finances, the IOC says it would like its independent expert, the auditing firm EY (formerly Ernst & Young), to have access to all the documents likely to confirm that AIBA’s debts have been or are in the process of being cleared and that the federation has really built a solid and credible financing plan.

The IOC also notes that in the review of AIBA’s refereeing and judging procedures for the next world championships, scheduled to take place in Belgrade at the end of October 2021, “we could not see any significant integration of the IOC Boxing Working Group’s best practices shared with AIBA in March 2021.”

Christophe De Kepper concludes his letter with this warning: “Based on the above, the IOC Executive Board reiterated its deepest concerns and reaffirmed its previous position regarding the place of boxing in the programme of the Paris 2024 Olympic Games and future editions of the Olympic Games.”

An all but insignificant detail: at no point in his letter to Umar Kremlev does the IOC director general mention the term “president” when referring to the Russian leader. He willingly refers to him as “Dear Sir”, without ever mentioning his presidential function. It seems that the Olympic body has never recognised his election as AIBA president.