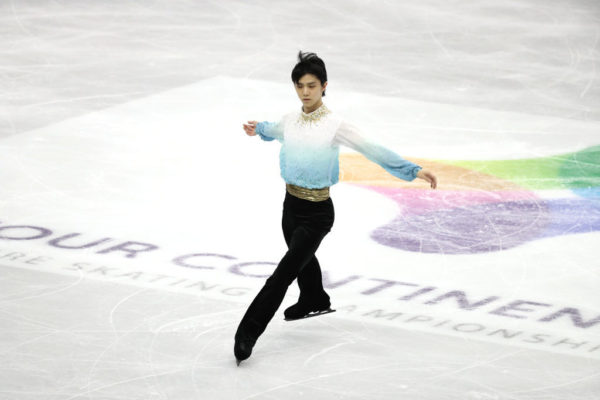 The exercise has become a ritual. On the homepage of the official website of the Beijing 2022 Winter Games, a digital countdown shows the days remaining before the opening ceremony. Only 143 on this Tuesday, September 14th. Less than five months.

At this stage of preparation, the conditions for organising and hosting the next Olympic and Paralympic event remain unclear. With or without a public? What kind of sanitary bubble? What form of quarantine? Many questions. Only a few answers.

On Monday, September 13th, a press release from the International Skating Union (ISU) further increased the uncertainty. The body announced the cancellation of the Four Continents Championships, a figure skating and ice dancing competition open to non-European competitors. It was to be held in Tianjin, China, from January 17th to 22nd, 2022, just two weeks before the opening of the Beijing Winter Games. The city of Tianjin is less than 150 kilometres from the Chinese capital.

The reason given by the organisers was linked to travel restrictions, quarantine requirements, security and the logistical challenge. Officially, the competition is not yet off the international calendar for the 2021/2022 season. The ISU says it is inviting its member countries to bid to host the event in place of the Chinese on the originally scheduled date (January 17th-22nd, 2022). Depending on the proposals received, the ISU Council will make a decision during its next meeting on October 1st, 2021.

The main issue, however, lies elsewhere. With less than five months to go before the opening of the Beijing Winter Games, China is no longer satisfied with crossing out one by one all the international sports events planned on its soil until the end of the year. It is now going as far as January 2022, the home straight before the start of the Winter Games.

The cancellation of the Four Continents Championships comes just a few weeks after the Chinese decided not to organise the China Cup figure skating competition, the third leg of the ISU Grand Prix. It was to be held from November 4th to 7th, 2021, in Chongqing.

Coincidentally, the announcement of the cancellation of the Four Continents Championships came on the same day as the WTA’s decision to relocate the Women’s Professional Tennis Tour Finals. They were supposed to be held in November in Shenzhen, the host city for the annual event until 2030. Instead, they will move to Guadalajara, Mexico.

With such an avalanche of withdrawals, the Olympic movement can already prepare for a Winter Games edition without foreign audiences. Officially, the decision has not been made yet. But the Chinese government leaked that the number of international arrivals should not exceed a maximum of 30,000, a gauge that leaves little room for people other than the athletes and their technical staff, the officials and the media.

The rest is still unclear. The organising committee has still not started selling tickets to the Chinese public. Ticketing may never be launched. According to several sources, the Chinese are waiting to see how the 14th National Games of China, the biggest national sporting event, will unfold. It is due to start on Wednesday, September 15th, in Xi’an.

Presented as a full-scale test of the Beijing Winter Games, it will host around 13,000 Chinese athletes. To prevent any risk of spreading the virus, the local authorities closed more than 4,000 restaurants, bars and tourist sites in mid-August. They have also carried out mandatory screening of the city’s 13 million inhabitants. Ticket holders must be fully vaccinated for at least 14 days. They will have to present a negative COVID-19 test within 72 hours before the event starts.

According to the IOC, the first practical guide to the Beijing Games detailing the sanitary measures imposed on accredited persons, the now famous “playbook” first prepared by the Japanese for the Tokyo Games, will be published before the end of October. It should provide more information on the travel and stay restrictions decided by the Chinese. Less than four months before the opening ceremony.