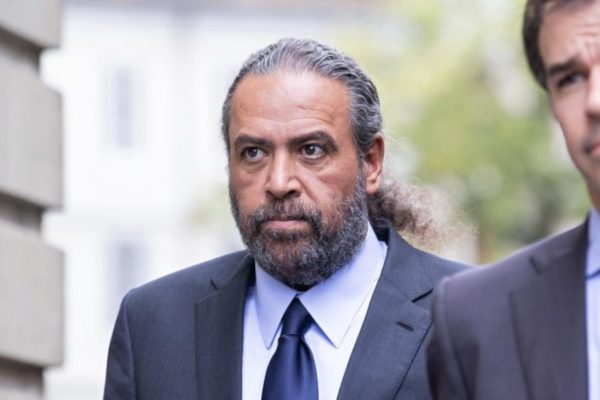 Will Sheikh Ahmad al-Fahad al-Sabah ever be seen walking with his stocky figure, smiling and shaking hands among the Olympic movement again? The Kuwaiti leader, long touted as the most influential stakeholder in the sector, has taken another step back. In a brief press release sent out late last week, he announced his decision to withdraw from his last position as a sports official, the presidency of the Association of Asian Olympic Committees (OCA).

The reason is judicial. Prosecuted in the Geneva court on suspicion of forgery in an alleged plot against the Kuwaiti regime, Sheikh Ahmad was found guilty. The sentence was pronounced on Friday, September 10th, at the end of a trial that began some ten days earlier. The Swiss court upheld the charge against the Kuwaiti and four other people, including one of his assistants and his former English lawyer.

Sheikh Ahmad was sentenced to nearly 14 months in prison, plus a 15-month suspended sentence. He has announced that he will appeal the Geneva court’s decision to the Swiss Court of Appeal. But, his statement said, the Kuwaiti leader temporarily withdraws from the presidency of the OCA.

“I know I have done nothing. I will wait for the appeal and for my rights to be recognized” said Sheikh Ahmad as he left the court with his lawyers. “I will never stop because I am convinced that I am innocent.”

The facts date back to 2013. That year, Sheikh Ahmad presented Kuwaiti authorities with video footage showing a former prime minister, Sheikh Nasser al-Mohammed al-Sabah, and a former speaker of parliament, Jassim al-Kharafi, secretly drawing up plans for a coup against the current regime. If the facts had proven to be true, the two men would have faced the death penalty for treason.

Sheikh Nasser al-Mohammed al-Sabah and Jassim al-Kharafi retaliated by bringing charges against Sheikh Ahmad and four of his alleged accomplices. They accused the five men of faking the images and fabricating false videos.

In Geneva, the panel of three Swiss judges found that the five men had participated in a staged event. It found them guilty of the charges. The sentence handed down was even harsher than the one requested by the public prosecutor, who had asked for six months in prison plus a two-year suspension.

Since his indictment in November 2018, Sheikh has never deviated from his line of defence. He has always declared himself innocent of the rigging accusations. He repeated that he was convinced of the authenticity of the videos accusing Sheikh Nasser al-Mohammed al-Sabah and Jassim al-Kharafi from the first to the last day. In 2015, he even publicly apologised for his misunderstanding on Kuwaiti television.

Disturbingly, Swiss lawyer François Carrard, a former IOC director general who is still the IOC’s legal adviser, was supposed to appear in court in Geneva during the second week of the trial to make a statement in favour of Sheikh Ahmad. But he withdrew shortly before the hearing, citing a medical reason.

At the time of his indictment, Sheikh Ahmad had chosen to withdraw from his multiple hats within the Olympic movement, including those of IOC member, President of Olympic Solidarity and President of ANOC, for the duration of the investigation. Since last Friday, his seat as president of the OCA, a body created by his own father, has been occupied in the interim by his vice-president, Raja Randhir Singh.

Is his future in the Olympic movement definitively sealed? The IOC, which has been very discreet since the beginning of the case, has soberly commented on the Swiss court’s verdict. “The decision of the court (in Geneva) is now being examined by the IOC’s ethics and compliance officer,” the Lausanne-based body said.

In recent years, the same formula had been used to refer to the cases of other IOC members involved in legal cases, including Irishman Patrick Hickey, former president of the European Olympic Committees (EOC), and Namibian Frankie Fredericks. They were never seen again.