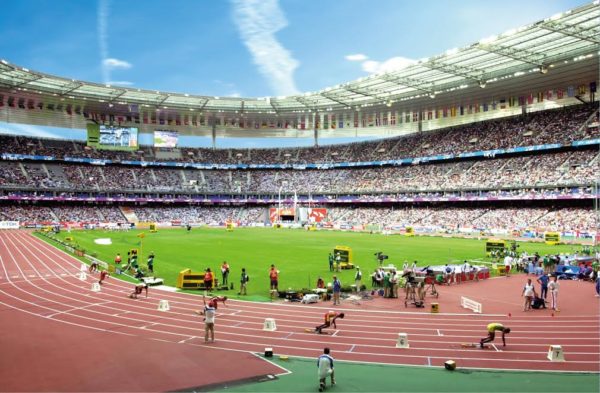 No time to lose for Alain Blondel. The former athlete, European decathlon champion in 1994, joined the Paris 2024 OCOG last spring as sport manager for athletics. At the Tokyo Games, the Frenchman took part in the observation programme set up by the IOC for future host cities. It was a unique experience, spent behind the scenes of Olympic athletics competitions during two weeks. He told FrancsJeux about its lessons and challenges.

FrancsJeux: What did you have in mind when you participated in the observation programme at the Tokyo Games?

Alain Blondel: I wanted to identify the Games with the eyes of a future organiser. To go behind the scenes. To be vigilant about all the things we never see. To determine what should or should not be done. Take pictures of things that are going well. During two weeks, I noted the technical details to be reproduced, but also the attitude of the people on site. The way the teams were managed, before, during and after. I observed what worked and what didn’t.

What did you notice that didn’t work well?

The first few sessions were not quite ready. When it starts, it goes so fast that you need to have had a flawless level of training and information. In two sessions, things got out of control for the Japanese. I had experienced this at the 2014 European Championships in Zurich, but this was extreme. For the official training session with the starter, two days before the beginning of the events, the organisers were overwhelmed because they hadn’t planned enough transport for all the people who were supposed to come.

On the other hand, what did you notice that should be used for Paris 2024?

On the technical side, there are a lot of good ideas to be taken up, but it is still too early to reveal them. But the most impressive aspect of the Japanese organisation, and the most difficult to achieve, was their kindness and their ability to welcome people. It was phenomenal, no matter what the context. They sometimes struggled, but they have been available and ready to help me during those two weeks, always with a smile. This capacity to welcome is extremely delicate to have and to keep in situations of extreme stress. There was tension, but they were great. I experienced something fabulous with them. 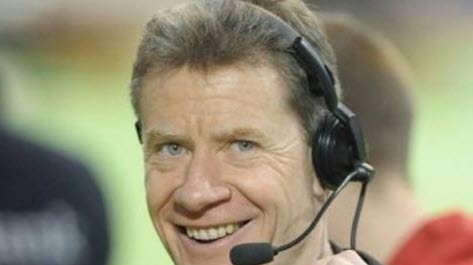 The staging of the athletics events was very spectacular, especially for the presentation of the finalists, with a projection of their faces on the track. Are there any plans to repeat this at the Paris 2024 Games?

The staging is up to World Athletics. I knew the concept, it had been presented at meetings and at the Doha World Championships in 2019, but never before in the very conservative context of the Olympic Games. The Japanese and foreign teams who came to the event worked extremely well. The feedback I’ve had is very positive. People who are not used to seeing athletics on the field were very impressed. Afterwards, the Tokyo stadium made the difference. It is quite fabulous, modern in its design, very well conceived, with lots of space and storage capacity.

The track at the Stade de France will be redone, it is planned and integrated into the schedule. The Games will have a new track. Afterwards, the Stade de France is what it is. Twenty-five years ago, it was one of the most modern in the world. It is a showcase. It’s up to us to make it stand out. The lower parts are being renovated. We are going to bring our ideas, and build a new track, to offer athletics events that are equal to the event and the expectations.

Will you have the same track as at the Tokyo Games, an innovative model designed by the Italian company Mondo?

It is not yet certain that it will be the same supplier, because there is a call for bids and a process to be followed. But we will work to get the best possible quality.

There was a lot of talk during the Tokyo Games about how this track could explain the avalanche of records and great performances in athletics. Can Paris 2024 do as well?

The track does not explain everything. The shoes also played a role. But also the climatic conditions, with a heat that is very favourable to sprinting and competitions. In such a climate, the muscles don’t get cold. And the athletes were frustrated with the lack of competition at the highest level. I sensed a huge hunger for championships in them. They hadn’t had a competition at this level since 2019, which never happens in athletics. In Paris 2024, we will be in a different context, after an incredible year in 2022 (outdoor Worlds, Commonwealth Games, European Championships), and another Worlds in 2023 in Budapest. But in three years, we will be in Paris. Like the London Games in 2012, everyone will want to be in incredible shape. Everyone wanted to shine in 2012 because the Games were in London. The same thing will happen in 2024 because the Games will be in Paris. The athletes are going to put themselves in preparation conditions where they will not give room for the slightest margin for error. It is up to us to put them in the best technical conditions.