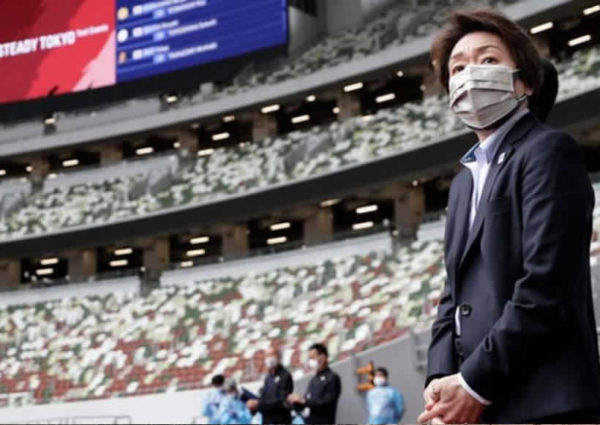 Time for reckoning has not come for Tokyo and Japan – yet. Which is for the best. It promises to be a difficult time. The Japanese know this. They are preparing for it.

But for the Tokyo Games Organising Committee, Monday, September 6th, was marked by a first assessment. As the symbol of the Paralympic movement, the three “Agistos”, was removed from its barge in Ariake Bay, the two main leaders of the Games held a press conference. Toshiro Muto, the director general, a veteran of the event, and Seiko Hashimoto, the president, who was brought in last spring to put an end to the controversy sparked by the sexist remarks made by her predecessor, Yoshiro Mori.

The two Japanese avoided any triumphalism. But they also did not hide their “pride” in having completed the two events without causing the sanitary catastrophe predicted by the scientific community.

“I am proud of Japan, proud that it hosted the Olympic and Paralympic Games, the first two world events organised since the pandemic, and that it was able to pass the baton to Paris,” Seiko Hashimoto said soberly, masked in all circumstances.

Then the former Japanese speed skater and cyclist took her time to answer the question of whether the Tokyo Games could be considered a success. “As we were not able to host the Tokyo Games in a complete form, with the public, I can’t say that they were 100% successful. I think history will determine whether they were a success or not.”

More pragmatically, Toshiro Muto is already talking about finances. The subject is slippery. It was before the Games even began, and it is even more so now, as the organising committee’s accountants will see the last of the expenses come in, including the tens of thousands PCR tests carried out since July 1st, but without being able to count on ticketing revenue.

The Tokyo 2020 chief executive suggested that discussions would soon begin with the Tokyo authorities and the Japanese government on how to compensate for the loss of spectators at the venues. They should come down to one question: who will pay?

Toshiro Muto started giving the answer on Monday during a press conference. “The rule in this area is that the host city will bear the losses,” he explained. “But a more specific decision will be made after discussions with all parties”. In any case, the IOC will not be involved. The Olympic body repeatedly said before and during the Tokyo Games that its subsidy had already been re-evaluated after the decision to postpone the event, but that it would not be changed. Its position is not expected to change.

As a reminder, the organisers had estimated that the ticket sales would bring in at least 90 billion yen, or about 819 million dollars. The decision to close the doors to the public has wiped out this line in the Games’ budget.

The discussions are likely to be lively. In any case, it will be up to Japanese taxpayers to cover the losses. But surprisingly, the often painful experience of the Tokyo Games does not seem to have cured Japan of its Olympic fever. The peninsula wants more. And without much delay.

Seiko Hashimoto made this clear in her own way during a press conference. The former Olympic minister said she wanted the city of Sapporo, on the island of Hokkaido, to continue its bid to host the Winter Games in 2030. She then caused a stir by admitting that she was ready to lead the organising committee if Sapporo was chosen by the IOC.