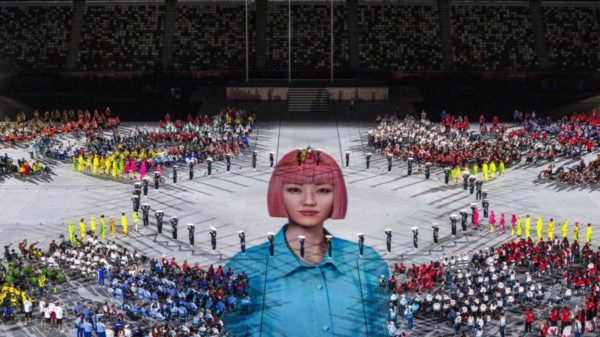 Curtain. This time, it will never rise again. Four weeks after the Tokyo Olympic Games, the flame was extinguished on Sunday, September 5th, at the closing ceremony of the Tokyo Paralympic Games.

Japan ended a saga that began eight years earlier. Eight years during which the organising committee experienced everything, especially the worst: a staggering inflation, until Tokyo 2020 became the most expensive Summer Games in history; several corruption cases, one of which sidelined the very respectable Tsunekazu Takeda, who was then president of the Japanese Olympic Committee and member of the IOC; a string of resignations, the most legendary being the one of the organising committee president Yoshiro Mori, who was fired for sexist remarks; a one-year postponement; and competitions held behind closed doors.

With such a succession of misconducts and bad luck, it was a miracle that the Games stayed in the race. The Japanese held on. The IOC and IPC can thank them forever. Things would have undoubtedly fallen apart if they were to take place anywhere else. The Olympic and Paralympic movement would have been badly impacted.

What should we remember about the Paralympic Games? As with their Olympic counterpart, that they went ahead until the end, without any sanitary catastrophe. In such a context, nothing was written in advance. On Saturday, September 4th, the Japanese organisers revealed that the number of COVID-19 cases among accredited persons had approached the 300 mark. It was finally exceeded on the evening of the closing ceremony, but only by a small margin. In total, around 850 cases have been recorded between the two events, the Olympics and the Paralympics, since July 1st. In ten weeks or so, with a population coming from all over the world, the result is not scandalous. It is even very encouraging.

As for the rest, there are plenty of lessons to be learned from the Paralympic event. Some will be worth pondering for the Paris 2024 organisers.

In the medal table, the rankings are quite similar from one event to the next. China crushed the competition, with 207 podium spots (96 gold, 60 silver and 51 bronze medals). It finished in second place at the Olympic Games. Great Britain followed at a distance, with 124 medals, 41 of which were gold. It finished in fourth place four weeks earlier. The United States, which had been ranked first at the Olympic Games, completed the podium (104 medals, 37 of which were gold). Russia, even without a flag, anthem and colours, remained in its rightful place: 4th in the Paralympic Games, one place higher than in the Olympic ranking.

Even without a single spectator in the stands, hosting at home is a great performance booster. At the Rio 2016 Games, Japan was left empty-handed, without a single Paralympic title in its bags. This time, its 254-member delegation, the largest in history, won 51 medals (13 gold, 15 silver and 23 bronze), its second best result at the Paralympic Games. The host country ranked 11th in the medal table.

With three years to go before the Paris 2024 Games, France has made good progress, with 54 medals, including 11 gold, finishing at the 14th place. It will aim to win at least 60 medals in three years’ time, at home, with the ambition of joining the Paralympic top 10.

With the Paralympic Games, Japan hoped to gain a few years on the accessibility issue, while changing society’s view of disability and sport for the disabled. If the Japanese Ministry of Transport is to be believed, the first bet may already have been won. The number of so-called “universal design” taxis, which can easily carry passengers in wheelchairs, will account for a quarter of the nationwide fleet over the next five years. There were only a few hundred before Tokyo was chosen to host the 2020 Games. The country had 21,700 by the end of 2019.

It is not clear, however, whether the Paralympics will have a lasting effect on sport for the disabled in Japan. According to Kyodo News, NHK’s television coverage of the Tokyo Games was not very fair. Although public television devoted 540 hours to the event on its channels and streaming platforms, more than any other broadcaster, it mainly showed athletics and swimming. Several Paralympic disciplines, including archery, taekwondo and powerlifting, were completely ignored.

Finally, the last lesson: having maintained the Tokyo Games despite the tenacious opposition of public opinion will cost Prime Minister Yoshihide Suga his seat. Even before the Paralympics ended, Suga announced his decision not to run for the leadership of the ruling Liberal Democratic Party in the internal election scheduled for the end of September. He is stepping down from the position only one year after inheriting it.