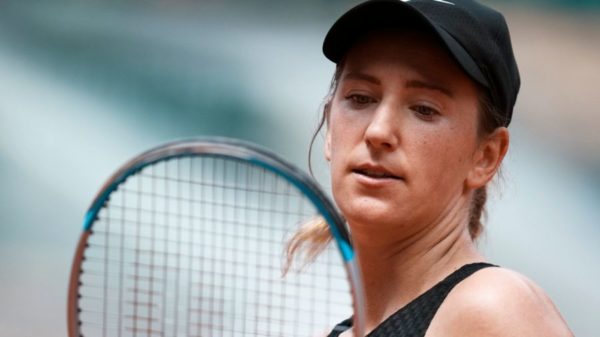 Will top athletes have to be vaccinated to continue their professional careers? For the Tokyo Games, the IOC and the Japanese organisers said no. The coronavirus vaccine was “recommended”, but not compulsory. Elsewhere, the debate is open.

The subject was brought up at the US Open tennis tournament by Belarusian Victoria Azarenka, the women’s singles finalist at the last US Grand Slam. “I want to reopen the discussion,” she explained during a press conference on Wednesday, September 1st, after qualifying for the third round. “In my opinion, it is inevitable that it will be made compulsory at some point, as other sports leagues do. I don’t see the point in delaying it, because we all want to be safe, we all want to keep doing our jobs.”

At this stage of the pandemic, COVID-19 vaccination has not been imposed by either the ATP or the WTA. Like the IOC, both professional tennis bodies strongly recommend it. They are aiming for a vaccination rate of over 85% by the end of this year, which would be comparable to the 80% put forward by the IOC for the Tokyo Games.

But the subject remains divisive. At the Tokyo Games, US swimmer Michael Andrew publicly announced his decision not to be vaccinated, explaining that he did not want to “put something” he did not know into his body. In response to the controversy, the US Olympic and Paralympic Committee (USOPC) specified that about 100 of the 613 athletes in its delegation to Japan were not vaccinated.

At the US Open tennis tournament, Russia’s Daniil Medvedev was asked about the issue. “It’s hard to answer,” he suggested. “Everyone has to have their own opinion. I understand why they made vaccination compulsory for fans… But as for the players, it is not up to us but to the authorities. If we have to have the same rule as the spectators, then we have to find a way to deal with it”.

On the other hand, Greece’s Stefanos Tsitsipas says he is opposed to the idea of compulsory vaccination on the professional circuit. “I don’t see any reason for someone my age to do it, the vaccine hasn’t been tested enough, there are side effects,” he told the New York Times before the tournament began.

Different sports, different rules. According to several sources in the American media, the NBA has decided to impose a mandatory vaccination for at least three franchises: the Golden State Warriors, the New York Knicks and the Brooklyn Nets.

The reason is simply legal. New laws passed in San Francisco and New York require everyone over the age of 12 to be vaccinated in order to have access to certain events or venues. These include the Chase Center in San Francisco, Madison Square Garden and the Barclays Center in New York, the respective home venues for the three teams.

Exemptions would be possible, but only for medical or religious reasons. But in both cities, the laws provide for tolerance regarding visiting teams.

According to The Athletic, a player who would miss a game for not being vaccinated would be sanctioned with a pay cut, a fine and/or a suspension. The NBA has reportedly already informed the clubs concerned that their players will have to be fully vaccinated before the start of the new season, scheduled for October 19th.