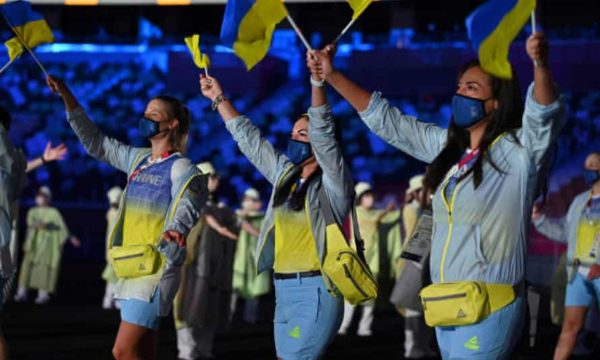 The trend is confirmed. After Russia, whose foreign minister assured at the end of last week that a bid for the 2036 Summer Games was in the pipeline, another country of the former Soviet Union is preparing an Olympic strategy. It turns out to be very different.

The Minister of Youth and Sport told the national media: Ukraine is thinking about the Games. In the broadest sense. Vadym Huttsait explained this in an interview with the online media Ukrayinska Pravda: the Ukrainian authorities have targeted two events, with the ambition of winning the first one to better inherit the second.

Surprise: they do not concern the same season. Ukraine wants to enter the race for the Summer Youth Games in 2030, then project towards a bid for the 2034 Winter Games. A two-stage ambition.

“In the first stage, we are going to look at the Summer Youth Olympic Games issue,” said Vadym Huttsait. “They require a smaller budget, less money, and it is not as difficult to organise as the adult Olympics… For this event, we are thinking of the capital, Kiev. Why not? There is a beautiful stadium there, we just need to build more swimming pools. Also, we have the Spartak stadium, which could be expanded too. Everything is possible in Kiev.”

The next edition of the Summer Youth Games was scheduled for 2022. It was awarded to Dakar, the capital of Senegal. But faced with the sanitary crisis, the IOC did not hesitate to postpone the event by four years. It will take place in 2026, eight years after the last edition, organised in 2018 in Buenos Aires.

For the rest, everything is open. But the Olympic body likes to repeat it over and over again: the new process for selecting host cities favours dialogue over the battle of bids. It does not set any timetable. There is no time to lose, therefore, as the experience of Brisbane 2032 has shown that the IOC does not refrain from filling in the blanks long beforehand.

The second stage is all about the Winter Games. The Minister of Sport did not mention a particular edition, but the Ukrainian strategy seems clear: to get a grip on the Youth Games, then to think bigger and aim for the Olympic Games. In such a scenario, the most immediate window of opportunity would be the 2034 edition. The project would be built around the mountainous Carpathian region.

Vadym Huttsait explains: hosting an Olympic event would have the double advantage of accelerating the development of high-level sports facilities, and by extension the practice of sport, and a better positioning of Ukraine on the world tourism map.

Next step: September 2021. The Ukrainian minister said: Thomas Bach is due to visit Kiev at that time. A meeting with the head of state, Volodymyr Zelensky, has already been arranged. “They will discuss the development of sport in Ukraine and the possibility of organising the Olympic Games,” says Vadym Huttsait. A first step and certainly not the last.