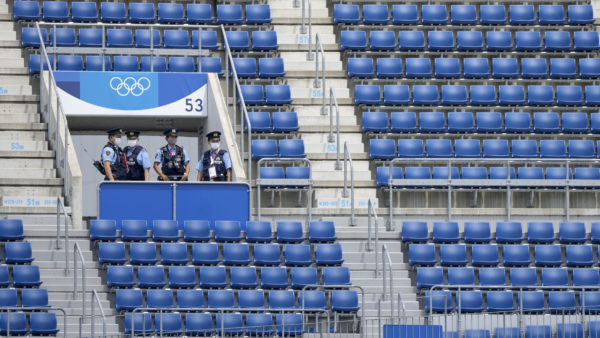 This was predictable and expected. The Tokyo Paralympic Games will strictly follow the path of the Olympic Games. They will be held without spectators. Behind closed doors, once again. With just a few discreet exceptions, as for the Olympic event.

The decision was announced for Monday August 16th, the day Brazilian Andrew Parsons, the president of the International Paralympic Committee (IPC), arrived in the Japanese capital. It was not delayed. A meeting was organised at the end of the day in Tokyo between the organising committee, the IPC, the local and national authorities. The only subject on the agenda was the presence of the public on competition sites.

Not surprisingly, all four parties came down to the same conclusion: spectators will not be admitted to the Paralympic Games, because of the state of emergency in Tokyo and the neighbouring prefectures of Saitama and Chiba.

For the road, cycling, athletics and triathlon events, the organisers explained that they were “asking the public to refrain from coming to the tracksides to watch the competition”. A similar message was sent before the Olympic Games. But it had little effect. Several tens of thousands of Japanese people gathered along the course, especially for the road race and the triathlon.

Another exception was the school children. A programme was developed by the Japanese organisers for schools in Tokyo and in the other prefectures with competition sites. It provides access to the events for thousands of schoolchildren. According to the statement issued on Monday, August 16th, local authorities or schools may request enhanced sanitary measures to be established to allow children to attend certain events.

With eight days to go before the opening of the Paralympic Games on August 24th, this Monday was a strange day for the Games. In addition to the announcement of the closed-door event, the Kyodo News agency revealed that a Georgian judoka, Zviad Gogotchuri, was arrested by the Tokyo police. He is suspected of having assaulted a security guard in his quarantine hotel last Thursday. His victim was reportedly seriously injured and suffered a fractured rib.

The incident reportedly occurred after the security guard called several Georgian athletes to order. They were making a lot of noise and drinking in the corridor of their hotel. The Georgian Paralympic delegation was placed in isolation in a hotel near Haneda airport after a COVID-19 case was found among one of its members. The arrested judoka will be sent back to Georgia as soon as the investigation is completed, according to a staff member. He will not participate in the Paralympic Games.

Finally, the day was marked by the announcement of the withdrawal of the Afghan team. Its two athletes, Zakia Khudadadi and Hossain Rasouli, both competing in taekwondo, will not be able to travel to Japan because of the political situation in their country.

Craig Spence, the IPC’s communications director, explained that “all airports in the country are closed so it will be impossible for them to travel to Tokyo”. All commercial flights at Kabul airport were suspended from Monday, August 16th, following the Taliban’s entry into the capital the previous day.

Zakia Khudadadi should have been the first woman to represent Afghanistan at the Paralympics.