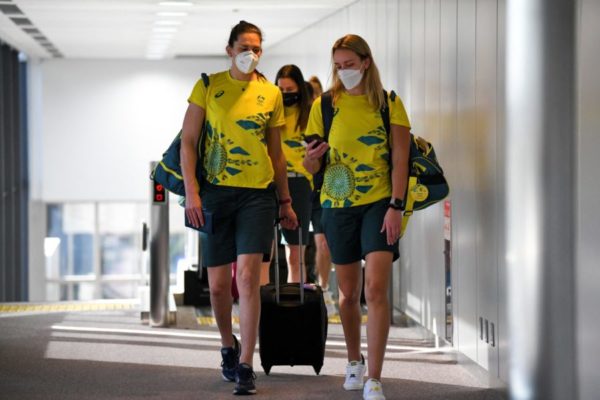 The return from the Tokyo Games is taking very different forms from one country to another. In France, some of the Olympic medallists, including judoka Teddy Riner and Clarisse Agbegnenou, decathlete Kevin Mayer and swimmer Florent Manaudou, were invited by the Paris 2024 OCOG to take part in the celebration organised in front of the Eiffel Tower for the handover of the Olympic flag at the closing ceremony. In Australia, the reception of the Olympians took a much less festive turn.

Because of the sanitary crisis, the Australian authorities imposed a 14-day quarantine on the members of the Olympic delegation upon their return to the country. Athletes, officials and coaches knew this. They had prepared for it. For the most part, it is taking place in Sydney, in hotels booked by the Australian Olympic Committee (AOC).

But in a surprise move, the South Australian government decided to add a second period of isolation of the same duration. Some of the 56 members of the delegation from that part of the country will have to undergo a 28-day quarantine. “Due to the high risk of the Delta COVID-19 strain in New South Wales, anyone travelling from this region must be quarantined for 14 days on entry to South Australia,” the state said in a statement.

The Australian Olympic Committee was quick to react to the announcement. It denounced the “cruel and insensitive” attitude of the South Australian government. The AOC asked the authorities for an exception for athletes attending the Tokyo Games. The request was not granted.

“While other countries are celebrating the return of their athletes, we are subjecting ours to the most cruel and insensitive treatment,” said Matt Carroll, the AOC’s chief executive. “They are being punished for proudly representing their country at the Olympics.”

Of the 56 members of the Olympic delegation, 16 made their first quarantine in Sydney. A step that will cost them a lot.

“Not only are our Olympians fully vaccinated, but they lived in a highly controlled bubble in Tokyo, taking the utmost precautions – tested daily for many weeks,” says Matt Carroll. “We have received no explanation as to why our application on behalf of these athletes was rejected.”

Dr David Hughes, chief medical officer at the Australian Institute of Sport (AIS) in Canberra, says such a long period of isolation is not without danger to the mental health of athletes. “Putting people in isolation for such a long period of time is not a reasonable decision, nor is it scientifically justified,” he suggests in an AOC statement. “There is a real risk to the physical and mental well-being of athletes. They are emotionally vulnerable after Olympic Games experienced under sanitary constraints.”

Since the beginning of the sanitary crisis, Australia has opted for the hard way, with a mixture of strict travel controls, border closures and rapid quarantines. The result was in the country’s favour, with an estimated number of 37,000 COVID-19 cases and less than 1,000 deaths. The country does not tolerate exceptions, even for its Olympians.

At the Tokyo Games, Australia took the 6th position in the medals table, with 46 podiums, including 17 Olympic titles.