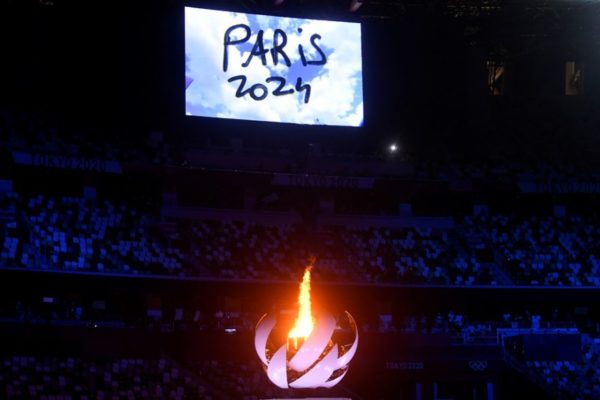 Paris 2024 did not only receive the Olympic flag, which it will preciously care for the next three years, at the Tokyo Games. The OCOG team, which included about fifty people, especially observed, met and exchanged ideas. And learned a lot.

Etienne Thobois, the CEO of the Paris 2024 OCOG, explained to FrancsJeux the lessons to be learned from an Olympic event organised in conditions that will undoubtedly remain unique, at least for the Summer Games.

FrancsJeux: You sent a team of about 50 people to the Tokyo Games, half of what was planned before the postponement. How did the observation work go?

Etienne Thobois: We were indeed less numerous than planned, but almost all the members of the OCOG team took part in the observer programme. These Games in Tokyo were an opportunity for us to see the reality on the ground. The Japanese opened all doors for us. With Michel Cadot (the inter-ministerial delegate for the Olympic and Paralympic Games), for example, we spent a whole day working on security issues. We went to the security headquarters, then to the venues, to observe all the arrangements. The athletes’ village, the hotel of the Olympic family, competitions sites, the IBC (International Broadcast Centre)… The observers’ programme has been extremely enriching. It allows us to discover everything that’s going on behind the scenes. The morning meeting, for example, with Thomas Bach, John Coates and Christophe Dubi on the IOC side, and Seiko Hashimoto and Toshiro Muto on the Japanese side. At the beginning of the Games, Christophe Dubi’s teams and the main operations centre of the organising committee were in contact five times a day.

In addition to observing, did you have the opportunity to be involved in the organisation of the Tokyo Games?

Yes, some of our team members have been immersed in the organisation of the Games, sometimes several weeks before the start. Laurent Michaud, the village manager, started working from the end of June in the Olympic village. Former swimmer Sébastien Rouault, who works for us on the planning part, was immersed in the pool. He didn’t just observe, he worked on the swimming events on a daily basis. Our transport manager helped the Japanese at the beginning of the Games.

Did the observation during the Tokyo Games change your approach to certain aspects of the Paris 2024 Games’s preparation?

It has rather confirmed some things that we had in mind, without validating them yet. The centralised translation, for example. At the Tokyo Games, the translators were not physically present at each of the venues, but were gathered in one central location. This is a good idea. Our observation in Tokyo also confirmed the importance of working thoroughly on applications, as technology and the customer interface are increasingly important. We also left Tokyo with the desire to reduce the dressing rooms services a little and put the money elsewhere. The heat issue was also interesting to observe during these Games. There is no question of installing air conditioning everywhere, for cost and environmental protection reasons. But the Japanese used very efficient misting and forced air systems, which we could use.

Did the Games also provide an opportunity for you to meet your contacts within the Olympic movement?

Absolutely. We had meetings with ASOIF (the Association of Summer Olympic International Federations); with the IOC Athletes’ Commission… We saw the presidents and secretaries general of the international federations every day. Paris and Lausanne are not very far apart, of course, but we hadn’t physically met the people from the IOC, Christophe Dubi for example, for 18 months, because of the sanitary crisis.

The sanitary crisis has reduced the time the athletes spend in the village. Will the format adopted by the Japanese be reproduced at the Paris 2024 Games?

We have already reduced the capacity of the village from 17,600 to 14,000 beds. Through discussions with the National Olympic Committees, we have been able to gain another 1,200 beds. We are currently looking at whether rowers and riders, for example, could stay outside the village, to be closer to their competition venues. And we are working on opening the village less early, only seven days before the Games, rather than 10 as in previous editions. But we have no ambition to force athletes to leave the village after their competition.

This observation experiment took place only three years before the Paris 2024 Games, one year later than planned. Was this a disadvantage?

On the contrary, we saw it as an advantage. It allowed us to observe better, with a more precise view, because we have already moved into the operational phase regarding certain sectors. With three years to go before the Games, the teams can more easily project themselves towards the objective. And everything we saw at the Tokyo Games leads us to believe that we are doing rather well. Even with the very special conditions imposed in Tokyo, the magic of the Games worked. For us, it is very motivating.