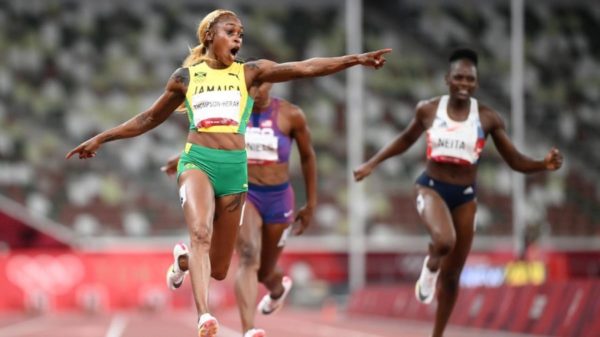 Timo Lumme, the IOC’s director of television services and marketing, suggested earlier this week that Tokyo 2020 would be remembered in history as the streaming Games. “Beijing 2008 was the first digital Games and London 2012 was the first social media Games. In Tokyo, the new revolution is streaming.”

Figures prove him right. NBC, the exclusive rights holder for the Games in the United States, has already recorded 2.5 billion minutes of Olympic content streaming on all its digital platforms. Such a result, achieved even before the end of the event, represents a 77% increase compared to the entire PyeongChang 2018 Winter Games. The first week of the Tokyo Games registered the highest weekly usage since the launch of the broadcast group’s streaming platform.

However, social media platforms are the one that continue to buzz in the Japanese capital. On Facebook, Twitter, Instagram, TikTok and Weibo, Tokyo Games-related posts generated 3.7 billion engagements. TikTok, in particular, is making a spectacular breakthrough into the Olympic world. The app was created in 2017, a year after the Rio Games. In Tokyo, it emerged as one of the most used by athletes.

But the rules remain strict. And the IOC is keeping a close eye on things. The Olympic body repeatedly says that it encourages athletes to share their experiences around the Games. It has even relaxed Rule 50 of the Olympic Charter to allow competitors to express an opinion on social media. However, there was no question of opening the door to all sorts of excesses.

A spokesperson for Facebook, the parent company of Instagram, later explained that the content posted by the Jamaican had been wrongly deleted. But IOC spokesman Mark Adams reiterated this in a press conference on Thursday: “We encourage athletes, we even encourage everyone, to share photos of performances. But the videos obviously belong to the broadcasters who own the rights”.

The message is clear: the images of the Games remain the property of the IOC, they do not belong to everyone, even the main participants. From a commercial point of view, the IOC’s position cannot be disputed. It is only regrettable that the exclusivity rule granted to the payers, the broadcasters, can’t make an exception for the first concerned, the athletes.

But as Mark Adams pointed out, 90% of the money received by the IOC from the television channels that own the rights to the Games is redistributed to the Olympic movement. “We need to protect the rights of the broadcasters, and by extension the revenue that we can then pass on to the athletes and sports,” he explained. It makes sense.

NBCUniversal paid $7.65 billion for exclusive US rights to the Games until 2032. In front of such a huge sum of money, athletes appear very small.