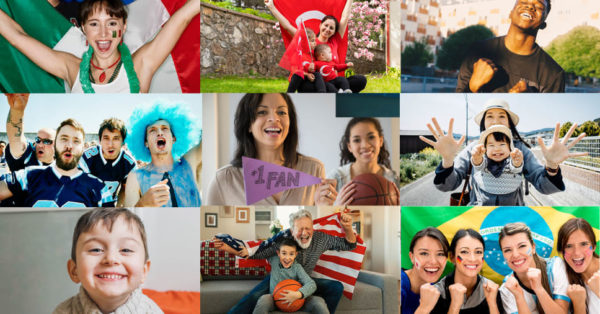 It was expected. With no public on Olympic sites, the Tokyo Games play the digital card. They are turning virtual. And already show spectacular results in this area.

The IOC unveiled its figures, this Wednesday, July 28th, through the voice of Christopher Carroll, marketing and digital engagement director. And they are impressive.

“On the IOC and Tokyo 2020’s digital platforms, like websites and apps, we have broken records in the first five days,” he explained. “Traffic exceeded 50 million people, which is twice the results obtained during the Rio 2016 Games. At the same time, the Olympics app has entered the top 10” on Apple Store and Google Play.

The progression can be observed everywhere. On social media, the Tokyo Games have already triggered more than 2 billion quotes. On Instagram, they generate a traffic twelve times higher than usual. The TikTok application is breaking all its records, with more than 1.4 billion video uploads. Twenty million videos have already been seen on YouTube, about eight times the result recorded at the same stage of the Games five years earlier in Rio de Janeiro.

In detail, the digital impact of the Tokyo Games is particularly strong in the United States, Japan and China. In the United States, the opening ceremony was a flop on the NBC channel (17 million viewers), but web and app traffic is up 20% compared to the Rio 2016 Games.

Australia, carried by its new generation of swimmers, follows closely the top three. According to Christopher Carroll, the impact of the Games is 17 times greater than the one recorded in Rio, in 2016. According to the IOC, this is a direct effect of the decision to attribute the Olympic event to Brisbane in 2032.

More surprisingly, India is in the top 5 worldwide in terms of traffic and digital engagement, despite a low presence of its athletes on Olympic podiums (the country won a single medal, silver, since the beginning of the Games).

The IOC is rubbing its hands: additional sports have reached their target, namely the young generation. The skateboard has hit the bull’s-eye, with traffic peaks on Sunday and Monday, especially in the United States, Japan and Brazil. Christopher Carroll explained: 700,000 users under 20 years old followed the competition on Monday, July 26th, on the IOC and Tokyo 2020 platforms.

Quick to analyze the phenomenon, the IOC sees the effects of the sanitary crisis behind those figures. “With the pandemic, people have become accustomed to consuming sport in a different way,” suggests Yiannis Exarchos, the director general of OBS, the IOC’s audiovisual branch. “They can’t get here anymore, but they interact with the athletes, the stories, the results and the performances. Digital platforms are now at the center of the event. In such a context, the Tokyo Games have the potential to be the most interactive in history.”

After the Japanese organizers decided to ban spectators from abroad, OBS came up with a new approach to the event. Among the new tools offered is the possibility for fans around the world to show their support for the athletes, via the official broadcasters or on the digital platforms Olympic.com and Tokyo2020.org. They can post short videos of support and encouragement.

As of Wednesday, July 28th, even before the start of the competitions, the IOC had already recorded over 83 million messages or images of support. Yiannis Exarchos comments: “The spectators could not come, but the world reacts, engages and wants to express its presence at the Games.”