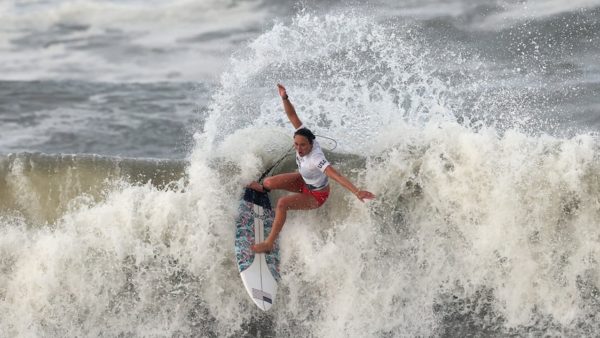 Fernando Aguerre can rub his hands together and readjust his legendary bow tie: surfing was a success during its Olympic debut. With a competition site that was not famous for its waves, the Tsurigasaki beach, the bet was not safe at all. But the change of weather, with the arrival of the typhoon Nepartak on the Japanese coasts, served the cause of the International Surfing Federation (ISA) Argentine president. Then the competition did the rest.

Advanced by one day to take full advantage of the weather conditions, the Olympic surfing finals of the Tokyo Games delivered a golden outcome. The best were crowned. Above all, they showed the universality of a sport long presented as not very accessible.

In the men’s category, the title went to the Brazilian Italo Ferreira. It is Brazil’s first gold medal at the Tokyo Games. Next to him, on the podium, the Japanese Kanoa Igarashi and the Australian Owen Wright. Three medals, three continents.

The format of the competition had allowed only forty surfers, 20 men and 20 women, to compete. But eighteen countries were represented. The medals were shared between five different nations.

Before the beginning of the Games, Fernando Aguerre did not hide his fear to witness surfing’s beginnings at the Games as an additional sport, as it could be ruined by flat waves and pictures lacking relief. Things turned out in his favour. The competition, without reaching the summits promised in three years on Tahiti’s beaches, was in line with the level of an Olympic event.

Comment from the ISA President: “This was a historic day, a truly special and memorable moment. I have worked for 27 years to get to this point. Nothing has been easy, there have been many obstacles and sometimes I have had doubts. Today, six athletes are leaving with medals, but everyone else has won something.”

What’s next? For surfing, it looks like a long, quiet river. The discipline has already been chosen as an additional sport for the Paris 2024 Games. A new step. Four years later, the Olympic movement will stop in Los Angeles, California, where, in 2018, the authorities elevated surfing as an official state sport. In 2032, the Games will take place in Brisbane, on the Gold Coast, another mythical place for practice.

With such an Olympic course, all is set to assure surfing a lasting presence in the Games’ program. Fernando Aguerre had explained it to FrancsJeux before Tokyo’s Olympics: “We will not be able to remain an additional sport forever. The IOC will have to decide at some point”.

With two successive presences already acquired, plus two others in the pipeline, surfing can observe the future with serenity. But the IOC has never formally explained how and when an additional sport can change its status and join the list of permanent guests.