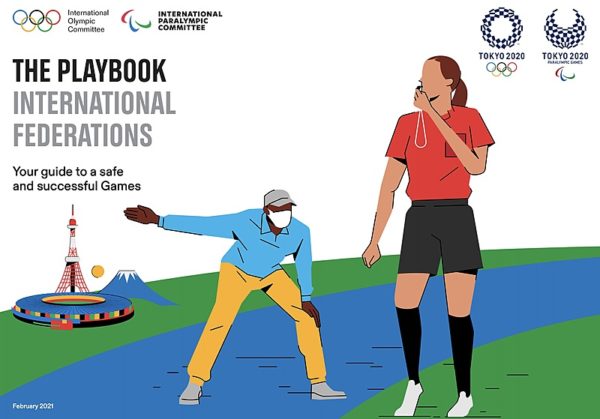 Absence of the public, social distancing, shortened stay in the Olympic village and restrictions of all trips. For the athletes, the Tokyo Games will not look like anything known, even for the most accustomed to sanitary bubbles. But what about the judges and referees, major actors of the event? FrancsJeux interviewed Patrick Vajda, president of the International Federation for Sports Officials (IFSO).

FrancsJeux: Will the Tokyo Games be as difficult, complicated and special for the referees as for the athletes?

Patrick Vajda: Certainly. As for the athletes, they will be very difficult, especially on the mental level. A “playbook” has been published for officials and referees. It details the conditions of stay and work that will not be simple for anyone, with a period of isolation on arrival in Japan, without being able to leave the hotel, then strict restrictions for trips during the Games. Referees not only need an essential physical training, but also a break between competitions. At the Games, athletes are taking their life into their hands. Referees have no right to make mistakes. The pressure is high, the nervous tension maximum. To cope with it, a referee needs to clear his mind, to escape, by jogging or taking a walk. In Tokyo, they won’t have the possibility to do so, their daily life being reduced to the hotel and their competition site. They will not even be able to go to the athletes’ training sessions, a step that is sometimes part of their preparation.

Haven’t international competitions organized since the beginning of the pandemic accustomed them to dealing with these conditions?

Many of them have, indeed, become accustomed to the sanitary bubbles. However, many individual sports that have stopped their calendar for a long time have been through a long break of several months. I am thinking of combat sports in particular, including boxing and wrestling. Fencing referees were also stopped for a long time. In some disciplines, you can quickly lose your touch. Many officials are risking going into the Tokyo Games without any real preparation.

Do the restrictions imposed by the organizers on the number of accredited officials affect the refereeing body?

The number of judges and referees had already been reduced before the sanitary crisis. But the health measures have reinforced the trend. We have lost about 10 to 20% of the workforce. For France, for example, 55 judges and referees were to make the trip. They will finally be 47 or 48. But we are not the most affected.

What consequences can this reduction in the number of referees have on competitions?

In some sports, where refereeing is not the most complex, foreigners will be replaced by locals. In golf, for example. Referees will be required to work at higher rates elsewhere, especially in individual sports. They will do more.

Will social distancing have an impact on refereeing?

No. It will be possible to keep the usual proximity to the action. One-on-one will be prohibited, but it is dangerous, regardless of any sanitary considerations. A certain distance must be maintained. One enters the intimacy zone at less than 75 cm from a competitor. A decision made under these conditions is not recommended.

Will the absence of the public have an influence on the refereeing, and even possibly on the results of certain competitions?

I don’t think so. Neutral audiences have no effect on officiating. This is also true, and even more so, for closed-door games. On the other hand, a hostile crowd can influence a judge, either way, by creating a sense of fear or annoyance. At the Tokyo Games, the silence at the venues will favor refereeing without influence. But the reactions of the public can sometimes have a positive influence on a referee, by inciting him to ask himself questions about his own decisions. The phenomenon is especially encountered in sports where the public is mostly composed of real connoisseurs of the discipline.