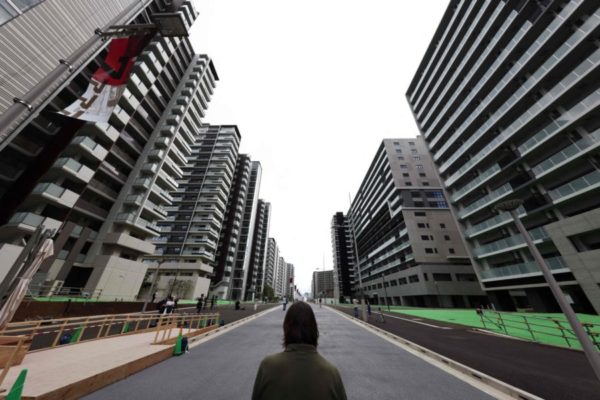 The day should have been wrapped with wild excitement. And the moment charged with emotion. The athletes’ village of the Tokyo Games officially opened its doors this Tuesday, July 13th, in the beginning of the morning, ten days precisely before the beginning of the Olympic event. A real date. But the scene only had a few witnesses.

The opening in question did not concern many people. Under the sanitary rules imposed to the delegations by the organizers and the Japanese authorities, the athletes are allowed to settle in the village only five days before the beginning of their respective events. Ten days before the opening ceremony, their presence in the place is still written for the future. They will come, of course. But only later.

The media could have made up the numbers to compensate for the lack of athletes. But they were asked to stay away from the stage. The organizing committee had announced it the day before with a press release: “The Olympic village will open as planned tomorrow (Tuesday, July 13th), but please note that the athletes will be dropped off and will enter the village at a place that won’t be accessible to the media. It will therefore not be possible to film them as they enter. We will also not be able to provide the number of athletes entering the village tomorrow, nor will we be able to provide their contact information.”

The reason remains a mystery. Do the Games’ organizers, already accused by the international media of harming the freedom of the press, really want to now set the tone for an Olympic appointment where journalists will be forced to work remotely for the main part? That’s possible. Unless they are afraid to show the image of a village without any athlete to the world, only ten days before the opening. In both cases, the message is devastating.

In the same press release, the organizing committee specified on Monday, July 12th, that the ceremonial usually surrounding the entry of the delegations to the village will be “simplified”. In fact, the welcoming ceremonies will simply be cancelled. The meetings with the media will also be removed from the program.

As for the rest, life in the Olympic village will be dominated by sanitary constraints. Wearing a mask will be mandatory. COVID-19 tests will be conducted daily. A clinic dedicated to possible coronavirus cases has been added to the initial plan, along with the 21 residential buildings, the refectories and the usual services offered to residents. It will operate 24 hours a day. But the Japanese say that infected people with the most serious symptoms will be hospitalized or quarantined in a hotel outside the village.

On site, the athletes will have to follow the rules without being able to deviate from them. They will not be allowed to leave the sanitary path marked out by the Japanese – village, training ground, competition area – nor will they be allowed to go on any tourist excursions. Violators will be punished.

According to the IOC, more than 80% of the athletes will be vaccinated at the time of the Games. This figure could be reassuring. But two members of the Ugandan delegation, a Serbian athlete and an Israeli were tested positive upon their arrival at the Tokyo airport. All were vaccinated.

Ten days before the opening, the delegations are now arriving en masse in Japan. More than 2,200 athletes are expected this week. Still too early for them to put their bags in the athletes’ village.

The Main Press Center (MPC) also officially opened its doors this Tuesday, July 13th, at the Tokyo Big Sight International Convention Center. But, like the athletes’ village, it should often ring hollow. According to the last count of the organizers, only 4 600 foreign journalists are expected for the Olympic and Paralympic Games. Before the beginning of the sanitary crisis, their number reached 8 400 people.