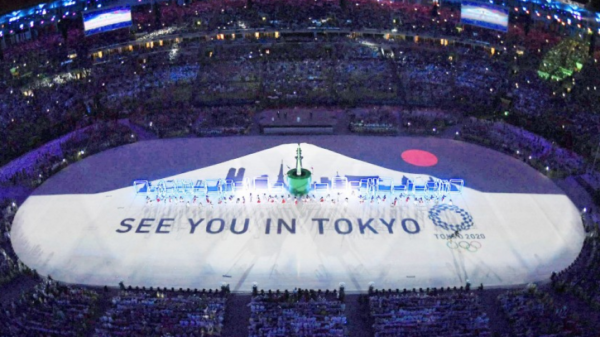 The trend is confirmed. And no one will be happy about it. According to several Japanese media, the closed-door option now seems to be firmly considered in Japan for some of the most anticipated events of the Tokyo Games.

With 17 days to go, the daily Asahi reported on Tuesday, July 6th, that the Japanese government is currently making arrangements for the opening ceremony on Friday, July 23rd, to take place with a reduced number of officials, media and VIPs only.

According to several sources, “normal” spectators will not be allowed into the Olympic Stadium on the first night of the Tokyo Games, under new sanitary guidelines that require all events after 9pm to be closed. At the same time, the number of guests, media and members of official delegations will be drastically reduced. The initial estimate was for 10,000 people. It should be quite far from that.

The final decision is expected on Thursday, July 8th. Only two weeks and one day before the opening ceremony. On that day, the Japanese government is due to decide whether to extend the state of “quasi-emergency” in Tokyo and three neighbouring prefectures beyond the initial date, which was July 11th. At the same time, a top-level meeting is to be held between the organising committee, the central government, the Tokyo authorities, the IOC and the IPC. The spectators issue at Olympic venues is on the agenda.

Yoshihide Suga, the Prime Minister, has never hidden his wish to see the Tokyo Games take place in front of the public. However, he is now having to deal with the political opposition, which is more favourable to holding closed-door events, especially since the defeat of the ruling coalition in the Tokyo assembly elections held on Sunday, July 4th.

Long presented in Tokyo and Lausanne as an option of last resort, the closed-door session is now the choice of reason for the Japanese, who have been confronted for several weeks with a health situation that is still difficult to control.

According to the Kyodo News agency, the Olympic torch relay will avoid all public roads during its entire journey through Tokyo, which is due to start on Friday, July 9th. It was initially announced that this sanitary measure would only be applied during the first week of the relay. It will now also be extended to the second week. The flame lighting ceremonies, scheduled to take place every day until July 23rd, will also be held without spectators.

Meanwhile, the governor of Hokkaido prefecture asked the Games organising committee on Monday, July 5th, to consider holding the two marathons and the race walking events in Sapporo without spectators on the roadside. Naomichi Suzuki met with the organisers, including deputy chief executive Hiroshi Sato, to discuss sanitary measures to be put in place in Sapporo between August 5th-8th, when the two marathons and the race walk events will be held altogether. A closed session was discussed as the most reasonable option.

It is not a coincidence that the organising committee announced its decision to postpone the publication of the results of the new ticket lottery from Monday, July 5th, to Saturday, July 10th. The lottery is intended to allocate tickets for all sessions where the number of tickets sold has exceeded 50% of the venues’ capacity. The results were expected on Tuesday, July 6th.

With two weeks and three days to go before the opening of the Games, the spectators issue is still pending. But all signs now indicate that a closed-door atmosphere could be the norm.