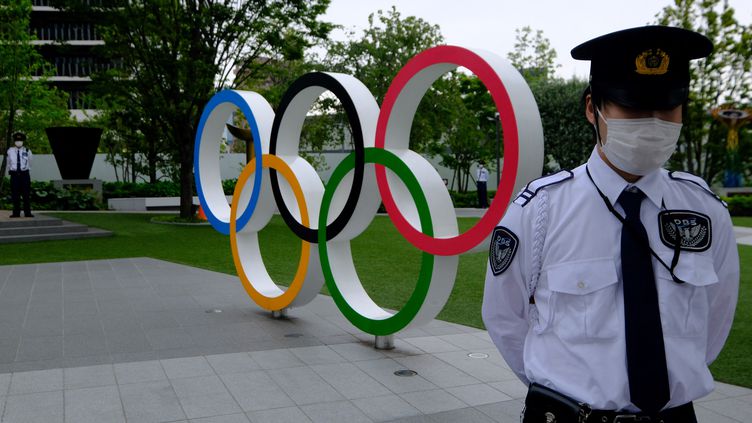 With three weeks to go before the opening ceremony of the Tokyo Games, the organisers are witnessing a new wave of discontent. Surprisingly, it is not fuelled by Japanese public opinion or political opposition. This time, it is expressed by the foreign media.

The Japanese agency Kyodo News has learned of a protest letter sent earlier this week to the organising committee. It was co-signed by the sports editors of more than a dozen American media, including the New York Times, the Washington Post, the Associated Press and USA Today.

In essence, the letter explains that the rules imposed on journalists during their upcoming stay in Japan, motivated by the sanitary crisis, constitute a clear infringement of press freedom. US media outlets point out that foreign journalists will be prohibited from talking to spectators and conducting interviews, while journalists based in Japan will not be subject to the same restrictions.

Copied to Thomas Bach at the IOC, the US media letter said that “some of the measures go beyond limiting the spread of the virus and directly and primarily concern press freedom”.

The third version of the media playbook, published last month, spells this out in black and white: foreign journalists will not be allowed to interview spectators or report outside official venues for the first 14 days of their presence in Japan. They will also have to activate a location app on their smartphones that allows GPS tracking of their movements. The “playbook” warns that sanctions are foreseen for media that risk going outside the box. They could go as far as being excluded from the Tokyo Games, and therefore from the country.

The American media explain that they understand and accept the sanitary measures, without trying to contest their necessity. But they ask to be allowed to do their job, to collect information, “wearing masks and respecting social distance”. They also expressed their desire to get more flexible rules from the Japanese organisers, keeping with “common sense and without stifling the freedom of the press.

When asked by Kyodo News, Randy Archibold, a writer for the New York Times, recalled that the Olympic Charter called on the Games’ organisers to take “all necessary measures to ensure the fullest coverage of the Olympic Games by the various media and the widest possible audience around the world.”

According to the American journalist, media tracking during the Tokyo Games risks setting “a dangerous precedent in conflict with the ideals of a free press.”

What about the Japanese reaction? Nothing more than a press release, in which not a word is said to indicate the slightest desire to meet the media’s expectations. The organising committee explained that it had sent a reply to the authors of the letter asking them to understand these restrictions. “Given the current situation, we have to take very strict measures, which we consider important for all participants and residents of Japan,” they suggested in their statement.

On Wednesday, June 30th, the organising committee sent the foreign media accredited to the Tokyo Games a ten-page document devoted entirely to accommodation. It details the rules for journalists’ residence and travels during the Tokyo Games.

Among other constraints, media representatives will not be allowed to “walk” on the public highway outside their hotel. They will only be allowed to go to the nearest convenience store, but only after informing the security guard at the hotel entrance and making sure to mention this “exit” on the tracking application. The document also recommends that the media go in groups, not one after the other, to buy bottled water, snacks or ice cream, and leave before the 15-minute limit is reached.

Even more embarrassing, a paragraph in the accommodation guide spells it out: “The Japanese people will be paying close attention to your every move while you are participating in the Games. In the unlikely event that you are suspected or found to be violating the playbook, such activity may be photographed and shared on social media by passers-by. Please be aware that in such cases, Tokyo 2020 will conduct the necessary investigations to identify suspected violations and, if such activity is confirmed, will take strict action, including the possible withdrawal of accreditation cards.” Beware of denunciation.