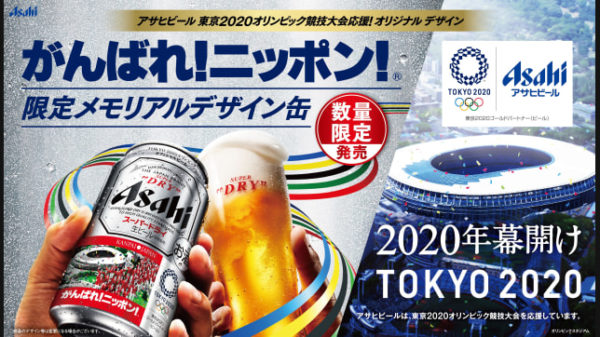 A happy coincidence: we are today 1 month ahead of the opening of the Tokyo Games. This Wednesday, June 23rd, also coincides with Olympic Day. Cool. The most confident will see this as a sign, convinced that Japan will host the event in just over four weeks that will “brighten up the end of the tunnel”, to use an image dear to Thomas Bach. For the others, who are still numerous, this last push before the opening is an obstacle course for the Japanese organisers.

The latest example: the sale of alcohol. On Tuesday, June 22nd, Kyodo News revealed that the organising committee had taken the decision to allow alcoholic beverages on Olympic sites. Their sale and consumption would be limited, notably in terms of time and quantity, in order to reduce the risks of spreading the virus. But, according to the Japanese news agency, the organisers gave in to pressure from one of the Games’ national sponsors, the brewer Asahi.

Twenty-four hours later, a new announcement was made: the sale and consumption of alcohol will finally be banned at the Tokyo Games venues. The Japanese organisers explained this on Wednesday, June 23rd, justifying their decision by the need to impose strict sanitary measures.

The organising committee said it would be forbidden to bring alcoholic beverages to official venues, where their sale will not be permitted. The first alcohol-free Games, therefore, at least in the Olympic perimeter. According to Seiko Hashimoto, the president of the organising committee, this decision was approved without reservation by the management of the Asahi group.

At the same time, the organising committee unveiled on Wednesday, June 23rd, the anti-coronavirus measures for ticket holders. Spectators with a body temperature of 37.5° or higher will not be allowed to pass through the turnstiles at the entrance of the sports venues. The same applies to fans with fever symptoms.

For the rest, nothing is simple. With one month to go, there are still very few foreign teams on Japanese soil. The Australian softball players started the movement on June 2nd, without the slightest incident to date. The Danish rowers put down their shovels last weekend. All is well for them too. But the Ugandan delegation, which arrived in Tokyo on Sunday, June 20th, has been placed in isolation in a hotel in the western city of Izumisano. Its athletes were declared close contacts after one of them tested positive during a check at the airport. He was reportedly vaccinated. He had tested negative when he left for Japan.

What next? It now seems to be very well defined, with a succession of stages intended to lead to the fully operational phase.

On Wednesday, June 23rd, the organisers of the Games are due to announce the selection process for spectators authorised to attend sessions for which ticket sales have exceeded 50% of the venues’ capacity.

From July 1st, when “Games time” begins, the anti-COVID-19 rules detailed in the “playbooks” will come into effect.

The qualification period for athletes and teams will end on June 29th. Registration for the Olympic events will close on July 5th.

The torch relay route will reach Tokyo on July 9th.

The Athletes’ Village will be declared officially open on July 13th. So close. And at the same time so far away.