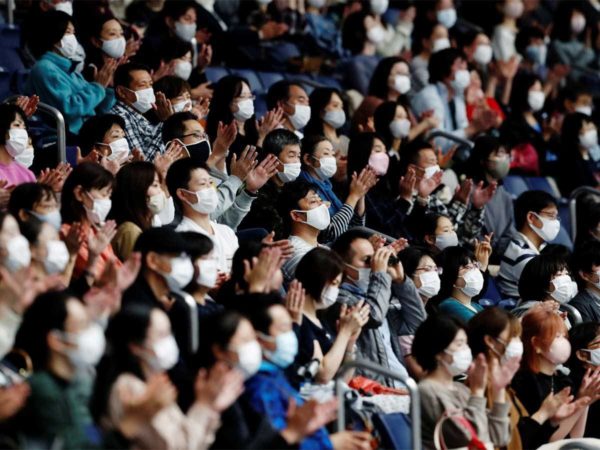 It’s about time. With one month and two days to go before the opening ceremony, the Games’ organisers and the IOC have finally decided on the issue of spectators in Olympic venues. As announced, the public will be allowed in the stands. But, as expected, there will not be many of them.

The subject was on the agenda of an online meeting on Monday, June 21st, between the IOC, the IPC, the Organising Committee and the Tokyo and Japanese authorities. The meeting was conducted with great enthusiasm. At the end of the meeting, the decision was consistent with the plan announced earlier by the media.

The threat of a closed session, regularly brandished in recent months, including at the top of the decision-making chain, has therefore been removed. But it could come back like a boomerang. The IOC and the Organising Committee have made it clear in a joint statement that the Olympic Games could be held without spectators if the sanitary situation was to deteriorate before or after the start of the event.

So much for the rules. The reality is slightly different. And it may well be that competitors, once they enter the venues, will find that the bays are less crowded.

First exception: the students in the school programmes and their supervisors. The IOC made it clear at the end of the meeting that they would not be included in the calculation of the gauge. “They will be treated separately as they are not considered spectators,” the Olympic body said. So they will be able to make up the number. Cool.

However, many Japanese schools have, over the past few months, decided not to use the tickets purchased under a special programme offered by the organisers. The young class is expected to be smaller than expected before the sanitary crisis.

Another exception is the opening ceremony. Toshiro Muto, the director general of the organising committee, said on Monday, June 21st, that officials would not be counted as spectators on Friday, July 23rd, the first night of the Games. They are traditionally numerous to crowd the stadium on such occasions. They will still be there next month in Tokyo, even if the Japanese have slashed the numbers of the “Olympic family”.

Toshiro Muto admitted that the national stadium will have well over 10,000 spectators in the stands for the opening ceremony, but the audience will remain under 20,000.

The tickets? The question remains to be decided. Japanese organisers have announced that they will no longer sell tickets for the events. This makes sense. They have also explained that they plan to organise a lottery to determine who will be able to attend the sessions, which are already more than 50% full.

Financially, the new deal looks like a very bad one. The organisers of the Games did not wait for the official decision to do their accounts. According to Toshiro Muto, the number of tickets actually used should be around 2.72 million. Before the start of the sanitary crisis and the postponement of the Games, the organising committee had sold 4.48 million tickets.

Ticketing was initially expected to contribute about $820 million to the Games’ budget. In the end, it should reach, in the best case scenario, a small half of this amount.

For the Paralympic Games, which are scheduled to open on August 24th, we will have to wait and see. The decision on the presence of the public, and the size of the spectators, will not be made before July 16th.