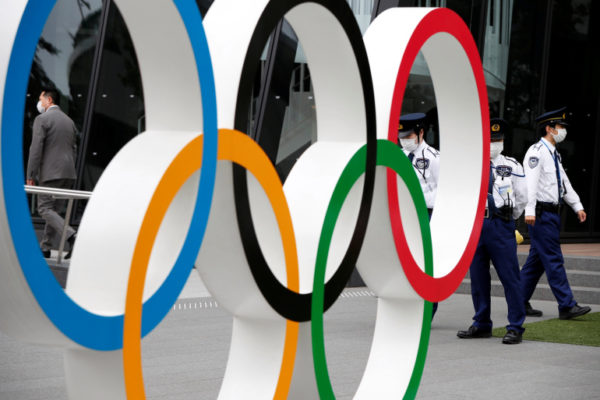 D-Day in Tokyo. The day after the state of emergency was lifted in the Japanese capital, the organisers’ decision on the presence of spectators on Olympic sites is expected later today, Monday, June 21st. With one month and two days to go before the opening ceremony, it remains the only real uncertainty about the organisation of the Tokyo Games.

As in previous episodes of the long Olympic drama, a meeting of five is expected to decide on the matter, the most eagerly awaited since the announcement in March of the ban on foreign spectators. It will remotely bring together the IOC (Thomas Bach), the IPC (Andrew Parsons), the organising committee (Seiko Hashimoto), the Tokyo metropolitan government (Yuriko Koike), and the federal government (Tamayo Marukawa).

The summit meeting will be followed by a press conference. Initially scheduled for late in the day (Japanese time), it has been brought forward by more than two hours, now starting at 17:10 (10:10 CET).

According to the latest rumours, supported by sources believed to be close to the case, the trend is for public clearance, but on a limited scale. In accordance with the government’s guidelines on sports events, the capacity of the venues would be set at 50% of their capacity. But, to be precise, without exceeding a maximum of 10,000 spectators.

An exception would be made for the opening ceremony on Friday, July 23rd, when 20,000 spectators could be allowed in the Olympic Stadium. However, this number, the highest of any session of the Tokyo Games, would include ticket holders – the general public – but also all accredited persons, including officials, guests and media.

The same policy would be applied to the Paralympic Games, which are due to start on August 24th.

According to the same sources, the five-party meeting scheduled for Monday, June 21st, should also validate the principle of a possible change of course, before the start of the Games, or even during the event, if there is a new outbreak of the COVID-19 pandemic. In such a scenario, the gauge would be lowered. A complete lockdown could even be decided, including the period after the opening of the event.

Once the decision is taken and announced, the organisers of the Games will have to deal with the delicate issue of allocating places for the events. With one month to go before the Games begin, they have no time to lose.

According to the organising committee’s calculations, tickets have been sold to Japanese residents for an average of 42% of venue capacity. But for 20-30% of the sessions, the percentage of seats purchased exceeds the 50% ceiling of the number of seats in the stands.

To solve this equation, organisers are considering a lottery to determine who will be allowed into the stadium for the most popular sessions of the Tokyo Games.

The decision by the Games’ organisers will come on Monday in a context that is likely to be more tolerant, with the state of emergency being lifted. But, on the other hand, the majority of the Japanese public opinion remains worried about the sanitary risks associated with the Olympic event.

A survey conducted at the end of last week for Kyodo News revealed that 86% of Japanese fear an increase of COVID-19 cases during or after the Tokyo Games. Four out of 10 (40.3%) of those polled said the Summer Games should be held without spectators. More than 30% even believe that the Games should be cancelled.