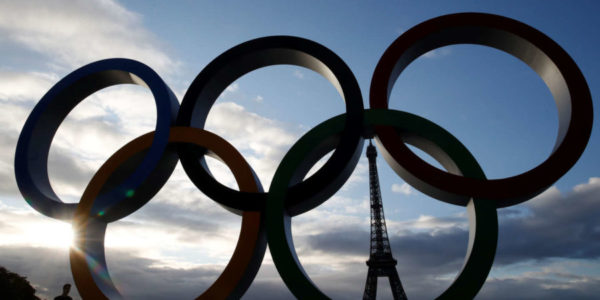 It was about time. More than two months after having sent it to the Prime Minister, the Court of Auditors made public, on Thursday, June 17th, a report on the financial and budgetary governance of the Paris 2024 Olympic and Paralympic Games. The 4-page document, signed by former Socialist Economy Minister Pierre Moscovici, current president of the French court, had been sent to Jean Castex on April 9th.

The referral followed a 137-page report written at the end of last year. In its provisional version, it was very critical of the organising committee. But the final document, amended after hearing the responses and clarifications of the Paris 2024 OCOG, is much more sober.

Note: the Court of Auditors also looked into the case of SOLIDEO, the public establishment in charge of delivering the permanent facilities of the 2024 Games (nautical complex, athletes’ and media villages, etc.).

On the substance, nothing very spectacular. Speaking in first person, Pierre Moscovici does not raise any issues in his correspondence with Jean Castex. The contrary would have been surprising. He settles for observations and recommendations. Tony Estanguet and his team can rest easy.

But not everything is perfectly smooth. The Court of Auditors’ report states in full: “The global agreement that should regulate the interventions of OCOG and SOLIDEO” has still not been signed. The document states that it must be signed before the end of the first half of 2021. So there is no more time to lose.

The report also suggests “tightening operational coordination under the authority of the interministerial delegate for the Olympic and Paralympic Games (Prefect Michel Cadot) on the one hand between State services, on the other hand between the State, the City of Paris, the Department of Seine Saint-Denis and, finally, between the OCOG and the SOLIDEO”. Everyone will therefore have to walk at the same pace. An almost impossible mission.

The president of the Comptroller & Auditor General Office notes that the objective to have 1.1 billion euros in national partnerships was only reached by 46% at the beginning of 2021. With three years to go before the event, there is nothing catastrophic. But as the report suggests, the economic context linked to the sanitary crisis will not make the OCOG’s job any easier in its search for sponsors, even if Tony Estanget very recently announced the forthcoming signing of several new contracts.

The document also explains that ticketing revenues, estimated at 1.5 billion euros, “could be affected by the long-term effects of the sanitary crisis”. It would therefore be appropriate for the COJOP to test, as a precautionary measure, different scenarios with different budget hypotheses, as it is subject to greater resource constraints. In short, the Court of Auditors is inviting the organisers to review their plans once again, in order to identify all possible savings, which is not easy at this stage of the Games’ preparation.

Having made these observations, the Court of Auditors ventured to make five recommendations. They turn out to be quite technical, particularly in terms of tax expenditure, the “financial model” of the SOLIDEO, and the consolidation of public funding for the works carried out during the Games.

With three years and a few weeks to go before the event, and with the sanitary health crisis having taken a further toll on the already highly inflationary budget for the Tokyo Games, the Paris 2024 OCOG had everything to fear from a report by the Comptroller & Auditor General Office. In the end, it turned out to be very tender, both in terms of content and form. That’s reassuring. Nevertheless, one may wonder about the interest of such a step on the part of the public authorities, knowing that 97% of the financing of the Games (excluding SOLIDEO) is ensured by private revenues.