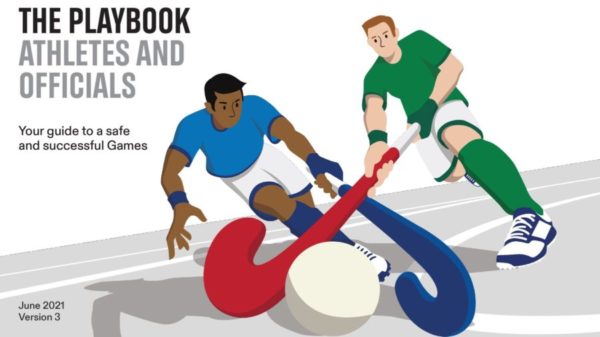 It’s about time. With five weeks and a few hours to go before the opening ceremony of the Tokyo Games, athletes now know a little more about how their stay in Japan will look like during the Olympic event. Of course, not all the questions have been answered yet. And some will probably remain unclear until the last moment. But the third – and final – version of the participants’ playbook, published this week by the IOC and the Organising Committee, shed a little light on some issues.

The main novelty concerns sanctions. Christophe Dubi, the IOC’s director of the Olympic Games, confirmed it in a video conference from Tokyo, where he arrived at the beginning of the week: infringements of the rules (the Olympic body prefers to talk about “non-compliance”) will be subject to sanctions. They will be dealt with by an IOC disciplinary commission. They are expected to be severe.

The catalogue is complete, from warnings, temporary or permanent exclusion from the Games, withdrawal of accreditation, disqualification, to possible financial penalties. Athletes will have to stick to those rules.

Christophe Dubi explained: “The Disciplinary Commission can take a number of measures. We are not going to speculate on any case, imagining the sanction that could be applied, but that will be its role. Let’s just hope that it will have very little work.”

Another chapter in the new version of the practical guide, also highly anticipated, is the COVID-19 tests. This is nothing new, as the first two versions have largely cleared the way. But the process is now more precise.

Athletes and officials will be tested daily by saliva. If they test positive, a second test will be performed on the same sample. Results should be confirmed within 12 hours.

If the result is still positive, or deemed inconclusive, a nasal PCR test will be performed, with the result known between three and five hours after the check.

Hidemasa Nakamura, director of operations, explained: “If we find any positive cases, we will ask those infected to undergo a new test, but in a quarantine clinic specially set up for the Olympic Games.” A quarantine area will be set up within the village itself.

For other accredited persons, including officials and media, testing will be less regular. After the first three days, when it will be daily, the frequency of tests will be reduced to one every four or seven days, depending on the function within the Games, and even more so on the level of contact with athletes.

A final announcement for these increasingly unprecedented Tokyo Games is that a competitor forced to forfeit a gold or bronze medal final because of a positive test for COVID before the match will not lose everything. Kit McConnell, the IOC’s Director of Sport, said: “He will receive the minimum award he could have received. In the event of a two-man final, he would receive the silver medal.”

But in an important clarification, the event would stand, with the vacated place going to the “highest placed eligible athlete”. In such a scenario, the IOC would have to distribute more medals than expected, with the defeated finalist sharing the silver medal with the athlete who was forced to withdraw for health reasons.

This could apply to certain racquet sports, including tennis, badminton and table tennis, where the finals are scheduled for the day after the semi-finals at the earliest. It could also apply to team sports. “Depending on the level of the competition, a replacement team could take the place left vacant, for example for a quarter or semi-final,” suggests Kit McConnell.

However, there is no question of such an option in judo or fencing, two sports where the competition is held on the same day for each weight category or weapon.

The third version of the playbooks was published on June 15th for the athletes, then on June 16th for the broadcasters and press representatives. It will be released on Friday, June 18th for partners and international federations. The Olympic Family and Games staff will have to wait until June 22nd.