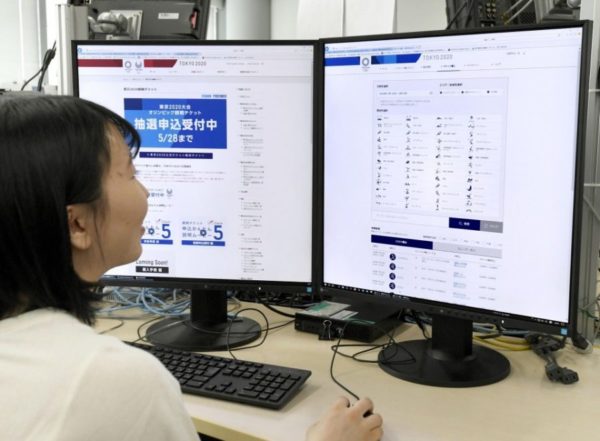 With six weeks and a few hours to go before the opening ceremony of the Tokyo Games, the IOC can be proud of its latest figures: 76% of athletes have been or are about to be vaccinated, 8,500 competitors have already qualified. Cool. The clouds are going away. Doubts are dissipating.

But one question remains, and it is an important one: will the Tokyo Games be able to welcome the public? With 43 days to go, the answer is still speculation. But the indications are rather optimistic.

According to several Japanese media, citing sources close to the political authorities and the organising committee, the trend is clearly in favour of spectators being present on Olympic sites. Confidence is said to be rising among the federal government and the organisers as the vaccination campaign progresses.

According to a senior official in the Prime Minister’s office, quoted by the Asahi Shimbun, Yoshihide Suga and his entourage are very much in favour of a large number of spectators in the stands. Japanese Prime Minister believes that this is a prerequisite for great performances by the athletes and teams.

The scenario of a closed session, still brandished as a realistic option last month by Seiko Hashimoto, the president of the organising committee, would not be totally ruled out. But it is now no longer on the agenda.

The final decision will not be made immediately – not before June 20th at the earliest, which is the end of the state of emergency in the Japanese capital.

But the situation is starting to improve. And with it, the prospect of the public being allowed at the Tokyo Games is growing. The number of COVID cases has been falling since the end of April. Vaccination is picking up. It is expected to pick up speed again over the next six weeks.

Currently, the Japanese government’s guidelines limit the capacity of sports events to a 50% gauge, with a maximum of 5,000 people. Logically, these two figures should be given priority when deciding the number of spectators allowed at the Tokyo Games.

But sources say that the organising committee is tempted to push them a little further, by going as high as 10,000 spectators on venues with the largest capacity.

The decision will be complex. It will depend on the sanitary situation in the Japanese capital when the state of emergency is lifted, on the vaccination campaign’s progress, but also on the opinion of experts, most of whom are very worried about the prospect of thousands of spectators crossing the Olympic perimeter.

But the Japanese media are also pointing out that the authorities’ final position on the public issue is about to be very political. Yoshihide Suga may say that Olympic Games without spectators would not likely lead to record-breaking results, but he will not ignore public opinion when he will make his decision.

Regularly criticised for his management of the sanitary crisis, the Prime Minister cannot afford to see the Games lead to a new wave of the pandemic.

With six weeks to go, the latest polls in Japan show, for the first time, a slight majority in favour of holding the Games. The supporters of the event outnumber the opponents. This is anything but anecdotal, just ten days before a decisive decision about the Tokyo Games.