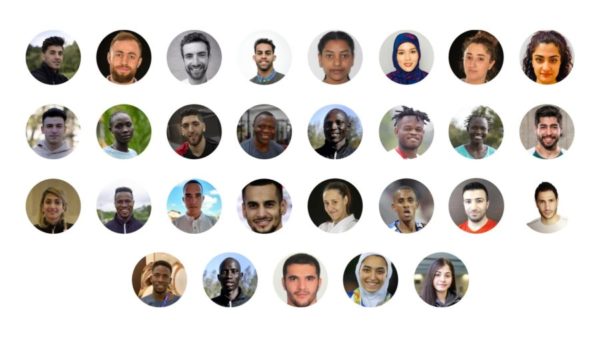 The announcement was expected. With less than 50 days to go before the opening ceremony, it is directly linked to the Tokyo Games, and doesn’t mention the sanitary crisis or vaccination campaign. Proof that the tide is turning, it concerns the athletes.

On the first day of its last meeting before packing for Japan, the IOC Executive Board unveiled the composition of the refugee team for the Tokyo Olympics. Five years after its first participation at the 2016 Rio Games, its presence was assured. But its dimension was less certain.

The team selected by the IOC will include 29 athletes – 19 men and 10 women – from 12 sports. They were chosen among a group of 56 athletes who fled their home countries and received Olympic Solidarity scholarships. They are currently hosted in 14 different countries, including Kenya, France, Germany, Israel, the Netherlands, Portugal, Canada, Switzerland and Russia.

With such a large number of participants, the refugee team will not go unnoticed. While still far from the most massive delegations (USA, Japan, Germany, China, Australia…), its size will place it among a large group of countries with average representation. At the Rio Games, Indonesia sent 28 athletes, Ethiopia 34.

As in 2016, the Chef de Mission role has been given to Tegla Loroupe, the former marathon world record holder. Stephen Pattison of the United Nations High Commissioner for Refugees (UNHCR) and Olivier Niamkey of the IOC will serve as Deputy Chefs de Mission. The delegation will be reinforced by a team of 20 coaches and 15 officials. Travel and participation expenses will be covered by Olympic Solidarity.

They will all meet for the first time in person, on July 12th-13th at the Aspire Academy in Doha, Qatar. The programme will include a “welcome ceremony” and the distribution of the Games uniforms. The delegation will fly to Japan on July 14th. The delegation will be based at Waseda University, which will provide accommodation and training facilities, with the athletes moving into the Olympic Village only for the duration of their respective competitions.

“You are an integral part of our Olympic community, and we welcome you with open arms,” suggested IOC President Thomas Bach when the selection was announced on Tuesday, June 8th. The German leader added that the refugees would “send a powerful message of solidarity, resilience and hope to the world.” In the midst of a sanitary crisis, they will not be alone.