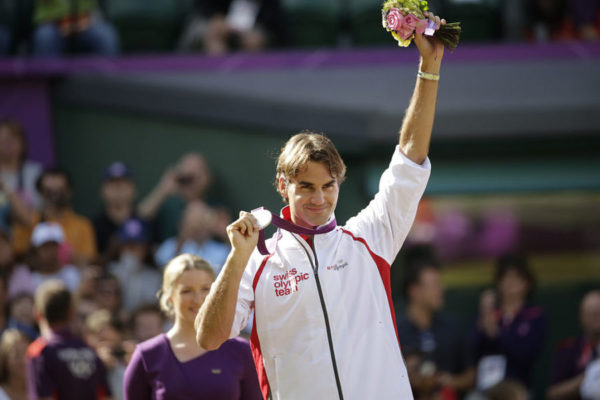 Will we see Roger Federer at the Tokyo Games? With less than two months to go, the question remains unanswered. The Swiss was asked about his decision regarding the next Olympic tournament on Monday, May 31st, after his victory in the first round on the clay of Roland Garros. He did not shy away from the subject. But he did not answer clearly either.

“I don’t know, I feel two things,” he admitted in a press conference after beating Uzbek Denis Istomin. “I would love to play. I wish things were better in the world and that we didn’t even have to think about whether it would happen, whether I would play or not. My wish, my hope and my dream is of course that I can play. But it has to mean something to me, to my team, my family and my country. I’m still waiting to see how things develop over the next two weeks and the next month.”

At 39, Roger Federer has never won a gold medal in singles at the Olympics. But he has tried his luck four times since he made his debut at the Sydney Games in 2000, when he was 19. At the 2004 Athens Games, he entered the tournament as the world’s number one player, but was knocked off the podium in the second round by Tomas Berdych.

Four years later, at the 2008 Beijing Games, the Swiss was knocked out in the quarter-finals after losing to American James Blake. In London in 2012 (photo above), he came very close to winning the title, but Andy Murray swept away his hopes in the singles final on Wimbledon grass. Finally, an injury forced him to withdraw from the 2016 Rio Games.

Before the outbreak of the COVID-19 pandemic, Roger Federer had already assured in 2019 that he would be present at the Tokyo 2020 Games, for his fifth and last participation. Today, he no longer knows. If he were to be present in Tokyo, the Swiss would break the record of the Swede Jonas Bjorkman by becoming the oldest player to play singles at the Olympic Games since the return of tennis to the programme in Seoul in 1988.

Novak Djokovic is facing the same uncertainty. The Serbian, currently world number one, was also asked about his Olympic plans at a press conference at Roland Garros. Surprise: he confided that his decision could depend on the presence of the public at the Games.

“For the moment, I intend to play in the Olympics,” said Novak Djokovic. “From what I’ve heard, there will be an audience, only from Japan. From what I understand, that would be 20 or 30 percent of the capacity. If things change, if there is no audience, then I will think about whether I want to go or not. But for now, I plan to go to the Tokyo Games. And I’m really looking forward to it.”

Russia’s Daniil Medvedev, the current world number two, is more categorical. At 25 years of age, he has never competed in the Olympic Games. If he participated, he would compete under the colours and name of the Russian Olympic Committee (ROC), as Russia is excluded as a nation from the Olympic movement until December 2022.

“This will be my first Olympic Games,” he said on Monday, May 31st. We have a great team, we can play singles, doubles and even mixed doubles. It’s going to be an incredible experience. Of course, with the COVID, the conditions might not be the same as for other editions. But I want to be there.”

On the other hand, two of the three top-ranked American players in the world have already announced their withdrawal. John Isner (No. 34) gave up back in March. Reilly Opelka (No. 35) said on Monday, May 31st, that he would not be travelling to Tokyo.