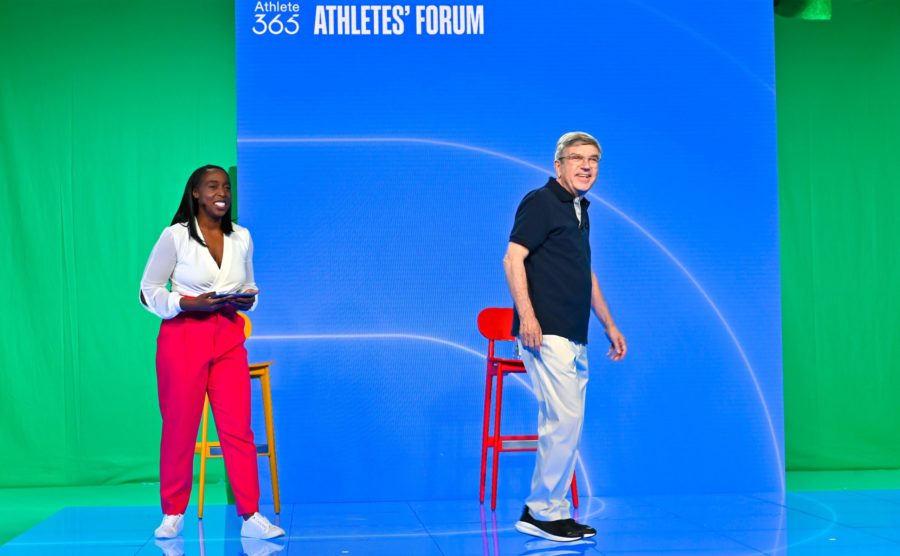 It was about time. With 57 days to go before the opening ceremony of the Tokyo Games, Thomas Bach spoke on Thursday, 27th, May, to the first participants of the Olympic event, the athletes. The IOC President took advantage of the second edition of the International Athletes’ Forum, held during two days in virtual mode, to convey his message and answer questions. He had one precise idea in mind: to reassure his audience that the Games would be held and, above all, that they would be safe.

For the occasion, Thomas Bach abandoned his suit and tie. He showed up in a polo shirt and canvas trousers. That’s cool. But his speech used the same words as his recent speeches to the leaders of the Olympic movement, the media and the institutions. It was a formula, expressed without nuance in front of the 2,000 athletes gathered in front of their screens: “Come to Tokyo with confidence and get ready.”

Was he convincing? No doubt. With less than two months to go, the future Olympians certainly did not want to hear anything other than reassuring words from the IOC President. Thomas Bach assured them that the Tokyo Games would be a safe, performance-enhancing environment. He urged them to accept vaccination, for their own safety and that of their Japanese hosts.

But there is one issue that is troubling many of the future competitors. It was raised during the question and answer session on Thursday, 27th, May, the second day of the forum. It concerned the disclaimer that athletes will have to sign before entering the competition.

It has been updated to include the sanitary situation. It states, in essence, that despite all the precautions taken, the risks cannot be completely eliminated. Athletes are therefore asked to agree to participate in the Olympic and Paralympic Games at their own risk.

Thomas Bach agreed: “I know that this is a source of concern for many of you”. Then he turned to Lana Haddad, the IOC’s Director of Operations, for an “expert” response.

According to her, the document has been prepared with transparency in mind. It is intended to inform the athletes of the reality of the situation. Above all, such a disclaimer would be in line with everything that is currently done in major sporting events. “I would add that it is in line with the laws in force,” insisted Lana Haddad.

The IOC Director of Operations continued: “No government, no public health department can or has offered guarantees against infection. It is a risk we all take. We follow the same rules.”

In an unfortunate twist of fate, the International Athletes’ Forum was held when the medical world has wearily repeated its warnings about the sanitary risks for Japan to host nearly 80,000 athletes, coaches, officials and media from around the world.

Naoto Ueyama, president of the Japanese Doctors’ Union, one of several organisations representing health personnel, told the Foreign Correspondents’ Club in Japan that the IOC and the Games’ organising committee had underestimated the health risks. “No one can predict today where all this may lead,” he said.

According to the Japanese doctor, the Tokyo Games could very well, in the worst case scenario, create “a new mutant strain of the virus.” An Olympic variant, in other words.