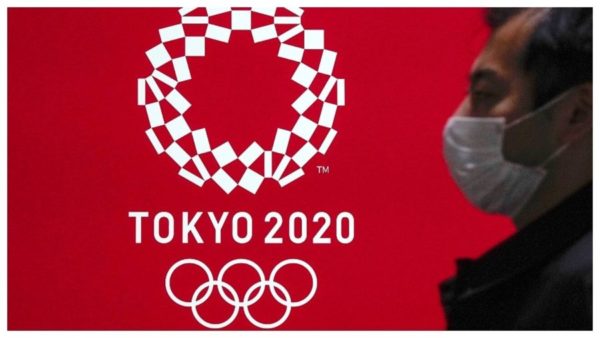 The case is important. Less than two months before the opening of the Tokyo Games, it even sounds like an alarm bell. For the first time since the postponement of the Olympic and Paralympic event was decided, a big Japanese daily newspaper clearly spelled out its call for the cancellation of the Games.

The daily Asahi Shimbun published an editorial this Wednesday, May 26th, where it plainly asks the authorities to draw a line on the Tokyo Games. This is anything but anecdotal: the Asahi Shimbun, in addition to being one of the most read media in Japan, is also an official partner of Tokyo 2020 Olympic Games.

“We ask Prime Minister (Yoshihide) Suga to calmly and objectively assess the situation and decide to cancel the event this summer,” the newspaper wrote in its editorial. “Today we are far from a situation in which everyone can be assured of being safe, as the government repeats. Unfortunately, this is not the reality.”

Traditionally left-wingish, the Japanese daily is often critical of Yoshihide Suga’s Liberal Democratic Party, which is currently in power. But its position, very vindictive, wants to reflect a public opinion who is mostly opposed to holding the Games during the planned dates (July 23rd to August 8th).

His editorial of the day, the first coming from a national daily newspaper calling for the cancellation of the event, was widely shared on social media. By the end of the morning, it counted more than 30,000 tweets.

Will the stance taken by a national media, also an official partner of the organizing committee, reverse the course of history? That’s not likely. Less than two months before the Games’ opening, Japanese authorities maintain their position. Cancellation is not on the agenda. Unless there is an earthquake, it will never be. Seiko Hashimoto, the president of the organizing committee, made this clear in her own way by visiting one of the Olympic transport hubs this week. A way to show that Tokyo’s teams had entered fully in their operational phase.

As it happens, the Asahi Shimbun editorial was almost published at the same time (just a few hours before) as a very serious study on the economic impact of an Olympic and Paralympic Games’ cancellation in Tokyo. It was conducted by the Nomura research institute.

According to its conclusions, the decision to remove the Games off the calendar would cost about 17 billion dollars to Japan. But the calculations established by Japanese researchers all point out to the same analysis: a cancellation of the Games would be less harmful for Japan’s economy than a new state of emergency. In plain language, the worst scenario would be to maintain the event despite the sanitary crisis, then to pay a high price with a new wave of the pandemic, consecutive to the presence in the capital of tens of thousands athletes, trainers, officials and media coming from all over the world.

“Cancelling the Games would have a less important economic impact than the effects of a new state of emergency”, summarizes Takahide Kiuchi, an economist from the Nomura Research Institute.

According to his calculations, the first declaration of emergency, decided in the spring of 2020, resulted in an economic loss of about 6,400 billion yens. The second, between January and March 2021, had the same impact on the Japanese economy. But the worst is yet to come, with the current state of emergency, decided at the end of April and extended until May 31st.

“Our estimates suggest that the decision to organize or not the Games, but also the one to limit or not the number of spectators, should be taken based on the impact of infection risks, and not from the point of view of direct economic losses,” insists Takahide Kiuchi.

The researcher’s message is clear: maintaining the Tokyo Games and risking a new COVID-19 outbreak could cost significantly more than cancelling them.