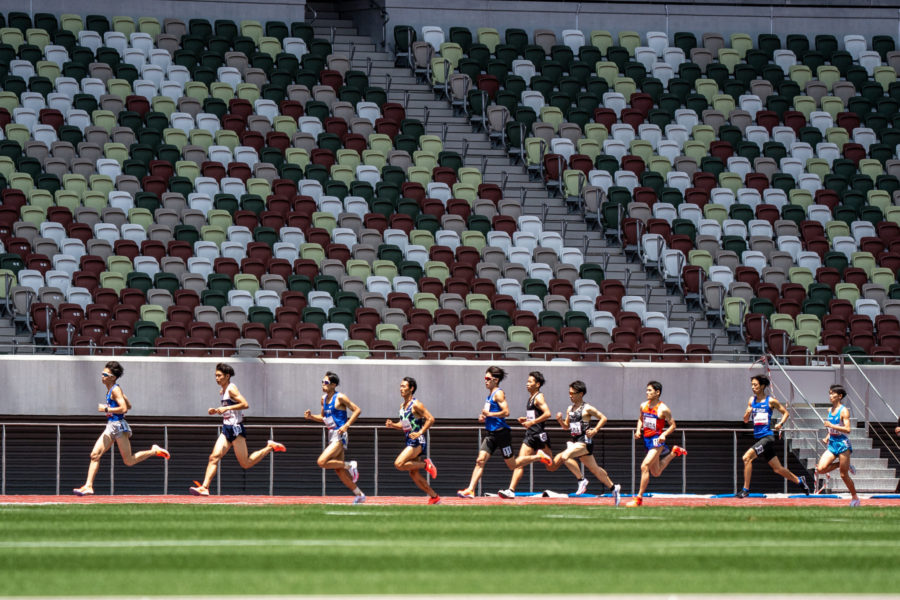 But a subject remains unclear: the presence of the public. It is established that foreign spectators will not be authorized to go to Japan and attend the Games. But what about the Japanese and those who reside in Japan?

The answer should be announced during the following days. At the beginning of June, it seems, probably as soon as next week. According to the lastest trends, it would go along with the presence of the public on Olympic sites.

The Kyodo News agency, which quotes sources “close to the file”, advances that a majority will soon emerge in the Japanese government and in the organizing committee, in favor of allowing a certain number of spectators.

The closed-door option, by far the worst scenario, has not yet been ruled out. It could even remain on the table until the very last moment, ready to be seized by Japanese authorities in case of a rapid deterioration of the sanitary situation. But it is supposedly not on the spotlight.

Within the government, several opponents to the presence of the public argue that “the Games should be held without spectators to ease the constraints imposed on the organizers” and focus on measures to control COVID-19 cases among athletes and other accredited persons. That’s not wrong. But this trend has reportedly become minority.

According to Kyodo News, the Japanese Prime Minister Yoshihide Suga is in favor of an attendance. A source close to his entourage assures that authorities are currently working on the scenario of a spectator gauge on competition sites.

“Discussions about closed doors are no longer on the agenda, our main food for thought now concerns the number of spectators that we will be able to authorize”, confided a major actor of the preparation of the Games anonymously.

Since the last extension of the state of emergency, decided on May 7th, until the end of the month, the presence of spectators is authorized in sports arenas, but limited to 5 000 people, or 50 % of the total capacity, depending on circumstances and sites.

Professional baseball and soccer games did not drive any new clusters. At the same time, recent pre-Olympic events in Tokyo, mostly held behind closed doors, demonstrated the importance of having a minimum number of spectators in the stands.

Two questions remain. The first one concerns the gauge which will be applied to the Games. It does not seem to be decided yet, but it should not exceed a maximum of 50% of the sites’ capacity.

The second one is complex: how to choose spectators authorized to attend Olympic events. In Japan, tickets were already allocated. Since the decision of the Games’ postponement, less than 500 000 ticket holders have reportedly asked for a refund. With a 50% capacity on sites, the organizers will not be able to accept everyone.

Barring an unlikely scenario, the organizing committee will be forced to set up a lottery to allocate seats in the stands, which is not simple. The decision on public attendance is expected in early June, only six or seven weeks before the opening, which means Japanese organizers will have to act with tight deadlines.