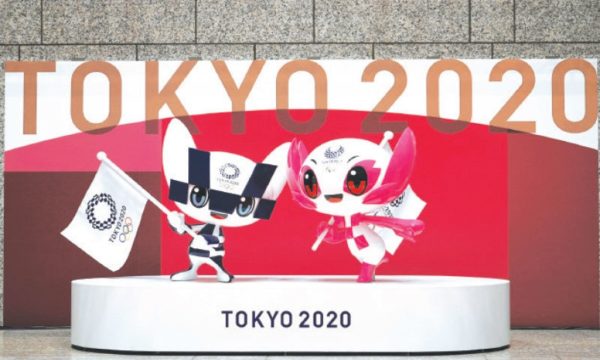 Tickets are booked and dates are now known. Thomas Bach, the president of the IOC, will be in Tokyo from July 12th. He will join the future Olympic city eleven days before the opening ceremony. He should be the first member of the Olympic body to take possession of his hotel room in the Japanese capital. Presidential privilege.

Originally, Thomas Bach was supposed to go to Japan several weeks before the beginning of the Games. An official trip was programmed for the end of the last week. The president of the IOC should have attended the passage of the flame in Hiroshima on Monday, May 17th, before joining the capital the next day, where a meeting with the Prime Minister, Yoshihide Suga, was scheduled.

The trip was canceled. Postponed, explained the IOC, without specifying the new dates. The Japanese media mentioned the month of June. All of this because of the new COVID-19 wave and the extension of the state of emergency in Tokyo and in several other prefectures.

In fact, it would be more accurate to speak about a cancellation, not a postponement. Thomas Bach will not come to Japan before the Games. He will come to Tokyo for the Games. Early enough in advance to prepare an IOC session where the members of the body will entrust him with the mission of presiding over it for a new – and last – four-year mandate.

John Coates, the IOC vice-president, explained it on Wednesday, May 19th, during the first day of the 11th and last Tokyo Games’ Coordination Commission meeting. It was held virtually, like the previous one. A virtual session before a face-to-face.

The Australian leader repeated the determination of the Olympic movement to organize “safe and secure” Games, a message delivered with the same terms a little earlier in the day by Thomas Bach himself, during his preliminary speech. Then John Coates read a letter addressed to the Japanese organizers.

“The next steps on the organizational front include my arrival in Tokyo on June 15th to join our team already on the ground,” explained the IOC vice president. “From July 12th, after President Bach’s arrival, we will move into full-fledged Olympic coordination operations. We are all going through a difficult period since the beginning of the pandemic, and this summer, the eyes of the world will be on us and Japan.”

Two months and less than a handful of days before the opening of the Tokyo Games, the Japanese opinion remains overwhelmingly opposed to the event. Calls to postpone or the cancel it are multiplying. But the IOC changed its tone. It now gives its speech a clear, more operational, dimension.

Determined to repeat its confidence over and over again, the Olympic body shows itself more concrete than ever. John Coates unveils the travel dates. Thomas Bach, on his side, spreads out his figures. He explained that 75% of the future residents of the athletes’ village “have already been vaccinated or have planned to do so” before the opening ceremony. With such a rate, the German leader can put forward without much risk that the proportion of vaccinated people, among athletes and their staff, could exceed 80 % when the Games will start.

Another very concrete announcement: the IOC will not travel alone to Japan. Thomas Bach specified on Wednesday, May 19th, that the Olympic authority was ready to provide additional medical staff members to the organizing committee. The German leader did not quote figures, but he explained that mobilized doctors could integrate foreign delegations, supporting the arrangements planned by the organizers in the athletes’ village and on Olympic sites.

In Japan, the initiative was appreciated. But the risk is that it could force the Olympic movement to cut even more severely from the number of accredited people. According to the Japanese media, the organizing committee plans to limit the number of foreign participants (athletes and staff, officials, media, partners…) to 78,000. In the initial plan, before the Games were postponed, it reached 180,000.