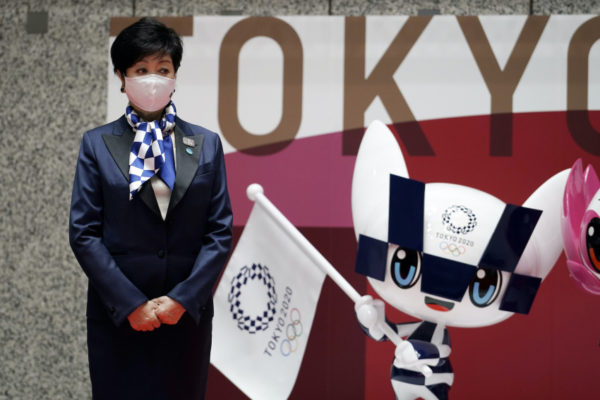 In a normal world, Roger Federer could have celebrated his 40th birthday during the closing ceremony of the Tokyo Games, on August 8th, 2021. For his last Games, the setting would have been sumptuous.

Less than ten weeks before the opening ceremony, Roger Federer makes no mystery : he still doesn’t know if he is going to take part in the Games. The. Swiss would like an answer, but it does not come. He suggested it at the end of last week during an interview with the tv channel Léman Bleu: “I think what athletes need is a decision : will those Games take place or not?”

In Lausanne, at the IOC headquarters, the answer is clear: it will. The vice-president of the body, John Coates, repeated again at the beginning of the month that cancelling the Games was not an option.

However, in Tokyo, the tone is less affirmative. Concern is growing more every day in the capital’s metropolitan government. And some officials no longer hide their skepticism.

Officially, the discourse has not changed. The governor of Tokyo, Yuriko Koike (photo above), continues to claim that she will do everything possible to make sure that the Games take place in complete safety. But behind the scenes, the statement is less adamant.

A senior official of the metropolitan government, quoted by the agency Jiji Press, suggested that it would “not be surprising if Yuriko Koike declares the cancellation” of the Olympic and Paralympic event.

The governor of the capital did not hide her frustration last week at a meeting held before a conference to monitor the sanitary situation. She noted that the number of COVID-19 cases was “not decreasing at all” despite the state of emergency being extended until May 31st.

According to the same senior metropolitan government official, it would be “difficult to hold the Olympics if the number of infections continue to grow.” And even more difficult, he suggests, to maintain the event if the state of emergency is extended beyond May 31.

According to some Japanese media, Yuriko Koike’s decision depends of two parameters: the evolution of the sanitary situation and the status of the opinion. In both cases, the lights remain red.

The last survey, published this Monday, May 17th by the daily Asahi Shimbun, reveals that more than 80% of the people questioned are opposed to holding the Games during the planned dates. 43% of respondents are in favor of a cancellation, 40% want a new postponement.

Hiroshi Mikitani, the Japanese billionaire, Rakuten Inc group’s founder and CEO, brought it up again by explaining that maintaining the Games would today be like a “suicide mission”. “With the delay that we are facing for the vaccination campaign, it becomes really dangerous to welcome such an international event”, he supported on CNN.

In Tokyo, the debate could quickly take a very political turn. The campaign for the metropolitan assembly election is due to start on June 25th, with a vote scheduled for July 4th. According to the latest estimates, Yuriko Koike’s party, Tomin First no Kai, is expected to share the seats with the Liberal Democratic Party of Prime Minister Yoshihide Suga.

According to a leader of Tomin First no Kai, “the opportunity to make the cancellation of the Games an election promise” is not yet discussed. But it is not completely discarded either.