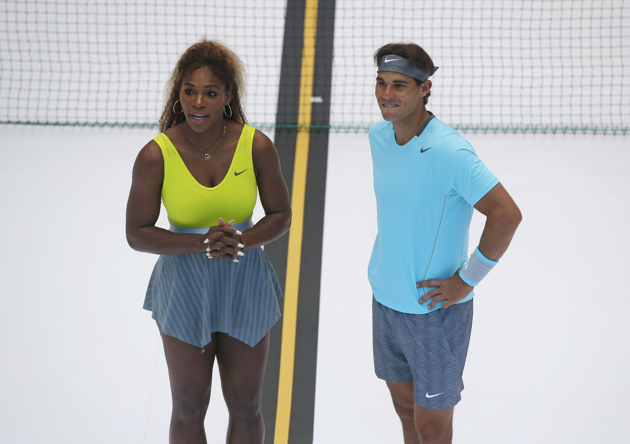 What will Tokyo Olympics’ tennis tournament look like? With 72 days to go before the opening ceremony and one month before the rankings determining the singles qualifiers are unveiled, the answer remains very uncertain. And the recent statements coming from some of the best players in the world do not make it clearer.

At the beginning of the week, Naomi Osaka and Kei Nishikori expressed their doubts from Rome, where the Italian Open is currently taking place, about the relevance of maintaining the Games in the middle of a pandemic.

The Japanese tenniswoman recognized that the Olympic event could be “putting people at risk,” and placed them “in a very uncomfortable position.”

His compatriot, also very reserved, confided that he would be “reluctant to participate if there was only one case of infection during the Tokyo Games.”

The two Japanese did not announce their withdrawal from the Olympic tournament. They are still up for it. At least for now.

Rafael Nadal is more hesitant. Interviewed Tuesday, May 11th, in a press conference at the Rome tournament, the Spaniard did not hide his questions. “Honestly, I can’t give you a clear answer because I don’t know,” he explained. “In a normal world, I would not consider missing the Olympics, of course. There’s no doubt about that. Everyone knows how important it has always been for me to play during the Olympics. But under the current circumstances, I don’t know.”

Rafael Nadal continued, “I normally know my entire schedule from January 1st until the end of the season. This year it’s a little different, right? We have to be flexible. We have to adapt to the events that can happen. We’ll see. I don’t know. I can’t give you a specific answer. Sorry.”

Rafael Nadal has made the Olympics a priority since the beginning of his career. At 18, in 2004, he discovered the setting of the Games in Athens. He was then the youngest player in the men’s tournament. Since then, he won the gold medal in singles in 2008 in Beijing, then in doubles eight years later in Rio with his compatriot Marc Lopez. In Brazil, he was designated flag bearer for the Spanish delegation at the opening ceremony.

At 39 years old, Serena Williams should have played her last Olympic Games in Tokyo. But the American is preparing to give up. “I did not really think about Tokyo, because it was supposed to be last year, now it is this year,” she explained from Rome. “And then there’s this pandemic and the Grand Slam tournaments. It’s a lot. So I’ve really been taking it one day at a time, wrongly, and I really need to think about my next moves.”

But Serena Williams, a four-time Olympic gold medalist (singles in 2012, doubles in 2000, 2008 and 2012 with her sister Venus), was adamant when asked about the prospect of going to the Tokyo Games without her 3-year-old daughter, Olympia.

“I’ve never spent 24 hours without her, so that kind of answers the question,” she cut short.

Last March, the IOC and Japanese organizers announced their decision not to allow foreign spectators at the Tokyo Games. In the wake of that decision, they added that this measure would also apply to the families of the athletes. According to the sanitary rules set for the Games, Serena Williams would not be able to go to Japan with her daughter. If no exception is made, the American tenniswoman should be absent.