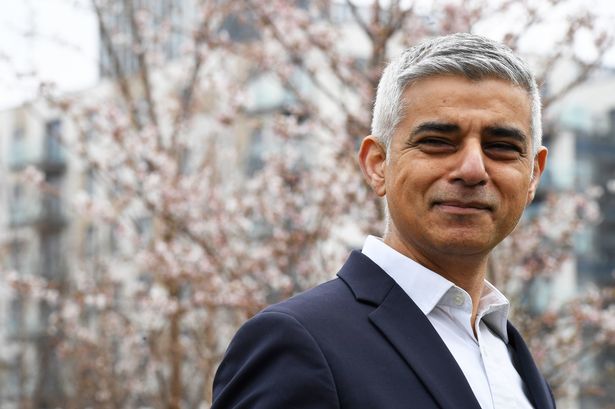 Publicity stunt? That’s not sure. Sadiq Khan, the mayor of London, surprised everybody on Tuesday, May 4th, by announcing his intention to propose the candidature of the British capital for the organization of the Games in 2036 or 2040, if he is re-elected for a new mandate. The municipal ballot must be held on Thursday, May 6th, 2021. The opposition politician, a member of the Labour Party, is widely expected to win in the polls.

“Exploring a bid for the 2036 or 2040 Olympic and Paralympic Games is the ultimate demonstration of my plan to build a better future for London after the pandemic,” said Sadiq Khan, quoted by the British Evening Standard newspaper.

Coming a few hours before the vote, the announcement may come as a surprise. It even seems rather risky for the current mayor of the English capital, at a time when the Tokyo Olympics remain shrouded in uncertainty. But Sadiq Khan did not unveil his idea out of the blue. He explains that he wants to organize the “most sustainable” Summer Games in history.

“My ambition is to host the most sustainable Games ever, highlighting the Green New Deal for London,” says the Labour politician. “With investments in low-carbon projects, actions to clean up London’s air, and highlighting London’s status as the world’s first national park city to international tourists.”

Sadiq Khan, 50, a Pakistani-born former lawyer who was first elected mayor of London in May 2016, says he wants to use the potential of the Games to extend their impact across the United Kingdom. He promises to use the Olympic event to bring “our cities and regions” to get up to speed.

The mayor of London makes no secret of the fact that he plans to recycle, or even renovate, the facilities of the 2012 Games.

According to several sources, the project is supported by a group of companies and several Olympic medalists. Sadiq Khan will also need the support of the British government in order to move forward. The London politician should be able to count on a strong ally with the current Prime Minister, Boris Johnson, who was Mayor of London during the 2012 Games. He was one of the most prominent political actors.

The announcement of a London bid for the Olympic Games may seem very opportunistic, a few hours before the election. However, it is not a new idea. UK Sport, the national agency in charge of sport in Great Britain, has been working on the project for several years. It has even presented a detailed report in 2019 on a possible candidacy for the Summer Games in 2036. It would then have had to be validated by Sadiq Khan, very favorable to the project.

London has already organized the Summer Games in 1908, 1948 and 2012. It is the only world metropolis which hosted the event three times. Paris and Los Angeles will soon get up to its level, in 2024 for the French capital, four years later for the Californian city. By winning the bid again for the Games in 2036 or 2040, London would be one step ahead.

The announcement of the mayor of London may appear to be very anticipated. But the new selection procedure for host cities, initiated by the IOC to be “more egalitarian”, is shaking the established rules. It removes the seven-year gap between the submission of applications and the choice of the winner, which opens the door to all scenarios, including that of a very early decision.

Above all, the probable victory of Brisbane in the race for the Summer Games in 2032 delays the battle to the following editions. The next IOC session, scheduled to take place during the Tokyo Games, could fold the case and award the event to Australia next summer. The discussions could then begin between the Olympic body and the potential candidates for the Games in 2036. Sadiq Khan knows it. The timing of his announcement proves it.

Germany, India, Indonesia, Qatar, Hungary and the two Koreas had expressed their wish to host the Games in 2032. They are officially not excluded from the race. But it is not certain that they would go back on the same level for a future application.