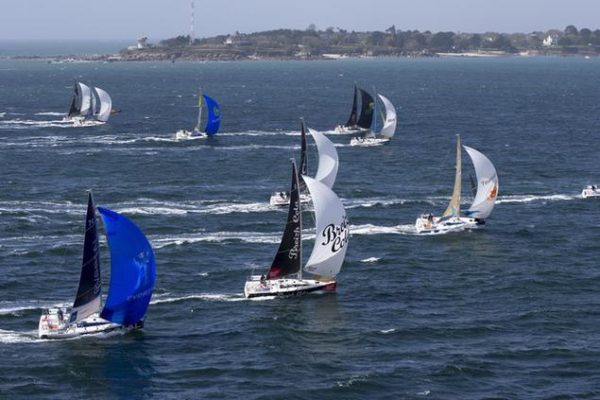 One month. The International Sailing Federation (World Sailing) now only has four weeks to try to save the offshore race from the program for the Paris 2024 Games. Save the discipline or, today the most credible scenario, find an alternative.

Recall the facts. In November 2018, the General Assembly of World Sailing approved by an overwhelming majority (77%) the choice of the ten classes of boats to be proposed to the IOC for the Paris 2024 Games. In the list, among the novelties, the entry offshore racing, a mixed event contested over three days.

Last December, the IOC Executive Board validated 9 of the 10 series offered by World Sailing. But they left one behind: offshore racing. They asked for more details, especially on the costs, protection and safety of the discipline.

The IOC Executive Board has postponed its final decision until June 8th, 2021. In the meantime, World Sailing is due to provide its responses no later than May 26th. And, in addition, offer an alternative solution.

To believe those first concerned, the wind would rather blow in the opposite direction. “Offshore racing is not officially refused by the IOC, but it is clear that it will be difficult to move forward”, admitted Pole Tomasz Chamera, one of the vice-presidents of the international body, during a recent press briefing by videoconference.

Same pessimism with Frenchman Yann Rocherieux, elected last year as vice-president of World Sailing. “It’s very badly started“, he told Le Telegramme. “The information we have is not very optimistic. The IOC asked us, in a letter, to prepare one or more alternatives. This is the first time that it has not fully followed the recommendations of our federation”.

The letter quoted by the French leader is dated April 12th. The IOC does not mention an already confirmed rejection of ocean racing, but clearly suggests that the Olympic future of the discipline is hanging by a thread.

The IOC reiterates its reservations, already formulated after the meeting of its Executive Board in December 2020: the risks to the safety of the race, the costs of television production, the complexity of the media coverage of a three-day race contested offshore, and finally the absence of a qualifying world championship.

But the real reason would be more political. Behind the scenes, a man has been active for several months to influence the decision of the IOC Executive Board. Singaporean Ng Ser Miang, an Olympic historian, advocates for the status quo. He would have multiplied the calls to Thomas Bach to rule out offshore racing from the Paris 2024 Games, in particular for the benefit of two current series, windsurfing RS: X and Finn, removed from the program by the general assembly of World Sailing.

David Graham, Managing Director of World Sailing, reiterated recently: “Ocean racing remains our first choice for Paris 2024, we have chosen it democratically”. But the international body, chaired since last year by Chinese Li Quanha, cannot allow it to stand too firmly on its positions. It will have to come up with other options or risk losing one of her ten medal events.

One or more alternatives will be discussed by World Sailing in the executive committee on May 10th and 11th. They will then be submitted to the Council for a vote on May 14th.

Of the options already on the table, holding the Finn would hold the rope. Historical series of Olympic sailing, present at the Tokyo Games, could seduce the IOC, in particular by its diversity.