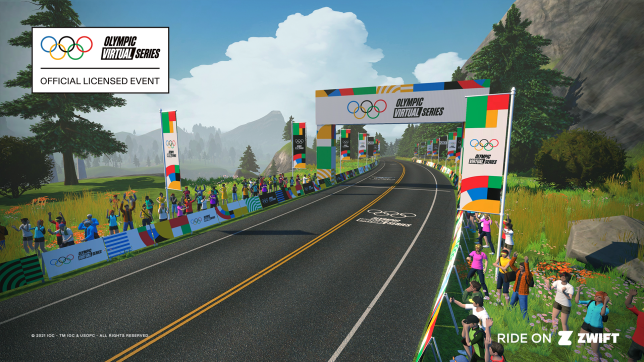 The announcement may come as a surprise. With less than three months before the opening of the Tokyo Games, in the midst of uncertainty over the health situation in Japan next summer, the IOC announced on Thursday, April 22nd, the creation of a new competition.

It will be virtual. And must respond to the recommendations made in the “2020 + 5” Olympic agenda on “the development of virtual sports and engagement with video game communities“.

The first Olympic Virtual Series will take place from May 13th to June 23rd, 2021. The Olympic body explains it in a press release: the project is intended to be a new and unique digital Olympic experience, intended to strengthen direct engagement with new audiences in the field of virtual sports.

Thomas Bach is already making the promise: “This competition will encourage the practice of sport and ensure the promotion of the Olympic values, with an emphasis on youth“.

For the IOC, the breakthrough is significant. It concretises, at least in the intention, the will of the body not to be cut off from a world phenomenon, eSport, of pharaonic dimensions. But this first step is still timid.

Only five sports are on the Olympic Virtual Series program: baseball, cycling, rowing, sailing and motor racing. The competitions will be played over simulation games, Zwift for cycling, Virtual Regatta for sailing, eBaseball 2020 for baseball, Gran Turismo for car racing, and a rowing simulator.

Comment from one of the project’s instigators, the Frenchman David Lappartient, president of the liaison group on eSports and video games at the IOC and of the International Cycling Union (UCI): “Several international federations (IFs) have already well-established virtual sports programs. Thanks to the cooperation between the IOC, the IFs and the publishers, the Olympic Virtual Series is an exciting stage for the world of virtual sports and the Olympic movement“.

The IOC will leave it up to each international federation to organise a competition which should “maximise mass participation and prioritize inclusiveness, in order to generate excitement in the preparation for the Tokyo Olympics“. Not a foregone conclusion.

The public will also be invited to participate in the online events. It will be possible to join in the fun from home or from a training venue. How? The details will be communicated later, explains the IOC. It will also be necessary to wait to know the amount of the bonuses given to the winners.

At this stage, the IOC’s initiative seems mostly intended to occupy space, to lay a foundation stone. But the rest of the story could give it more depth. Several other international federations have also expressed their interest in participating in the next editions of the OVS. Taekwondo (WT) and tennis (ITF), but especially basketball (FIBA) and football (FIFA), are said to be jostling in the waiting room. And, with them, the prospect of seeing the program enriched with FIFA and NBA2K games.

On the other hand, the project presented last year by Intel, a partner of the IOC within the World TOP program, to organise an esports competition on the sidelines of the Tokyo Games, seems to have been sent into the lap of history. The Intel World Open, which was slated to feature “Street Fighter” and “Rocket League,” was postponed for a year, then ultimately canceled.