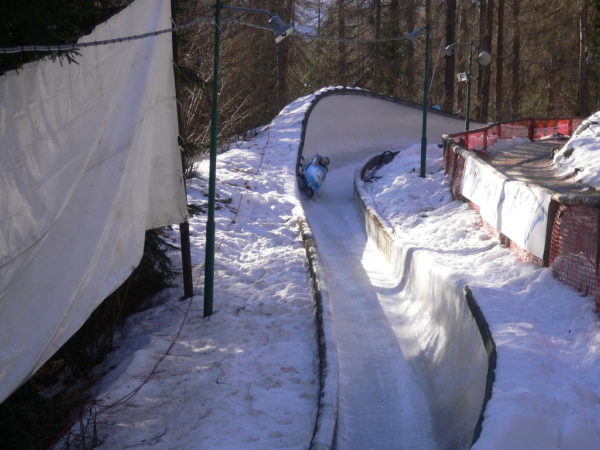 The IOC makes no secret of this: the budget for the Olympic Games has become its first obsession, since the historic final bill for the Sochi Winter Olympics in 2014. The body observes the accounts of future organisers with a controlling attitude. At the slightest pass, they are called to order.

In such a context, the latest discovery from the Italian organisers of the Milan / Cortina 2026 Winter Games could well open a breach. And even, who knows, reinventing the way of presenting an Olympic budget.

A little less than two years after the designation of the Italian project by the 134th IOC session, the Coordination Commission held its second meeting on Monday, April 19th. Health crisis obliges, it is reduced to a videoconference exchange, necessarily limited and superficial. The series premiere, held last September, suffered the same fate.

It is difficult, under these conditions, to check firsthand the progress of the preparation. But the IOC notes it in its report: all is well, the train is moving at a good pace.

The chair of the coordination committee, Finland’s Sari Essayah, is pleased to note that the Milano Cortina 2026 organising committee has “made great progress despite the ongoing pandemic“. Most notable: the selection process for the new Games emblem, which received more than 871 000 votes.

According to Sari Essayah, “Milano Cortina has not only progressed in the most visible areas, such as the official emblem, but also behind the scenes, with substantive work in areas such as engagement, marketing, site operations and planning”. Hallelujah.

The only bone of contention: the bobsleigh, luge and skeleton track in Cortina d’Ampezzo. Since the Italian victory over the Swedish Olympic project (47 votes to 34) in June 2019, the two sides have been hanging on.

The Italians persist in wanting to restore the historic track of the Cortina Winter Games in 1956, baptised Eugenio Monti, abandoned for 13 years because of its cost. But the IOC doesn’t want it. The Olympic body disputes the relevance of a renovation project estimated at 50 million euros. They insist that there is no real legacy program.

In its report, the coordination committee insisted again, Monday, April 19th, on its doubts and disagreement. They explain that they “once again expressed their concerns about the legacy of this track“. They stressed that the IOC made a number of proposals to organise the events on other tracks, notably in Switzerland (Saint-Moritz) and Austria (Igls), but “none were accepted“.

But the Italian organisers have undoubtedly found a way to quell the controversy. And, above all, to calm the annoyance of the IOC. They stupidly took the luge, bobsleigh and skeleton track out of the 2026 Winter Games budget.

The works on the sliding track will be included in a larger entertainment park project, unrelated to the Games in 2026. The expense, however anything but anecdotal, will not be part of the investment budget of the Olympic and Paralympic events.

Clearly, regardless of the amount of the invoice, for the IOC, it will not be charged to the Games …

On the other hand, discussions are continuing concerning the speed skating ring, already a source of “comments” by the IOC Evaluation Commission in its report prior to the election of the host city for the 2026 Winter Games.

The Italian organisers have proposed an outdoor ring, in Baselga di Piné, in the region of Trento. But the IOC says it is unconvinced. Two options are under consideration: an indoor speed ring, temporarily installed in a Milan arena; and the upgrading of the outdoor venue for the Torino 2026 Winter Games.