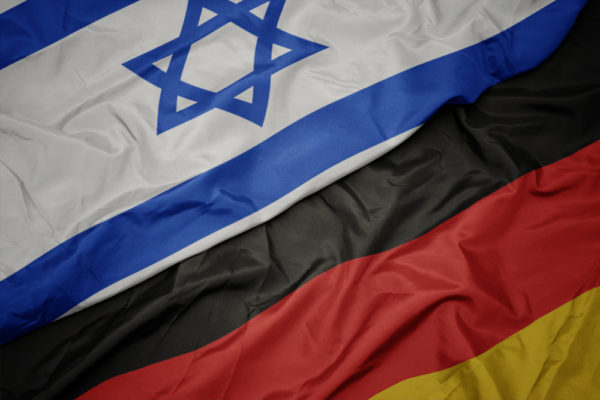 The IOC can rub its hands: the Olympic candidacies, for a moment in decline, seem to regain all their vigour. They even knock on the window of the Olympic House in Lausanne with a precocity rarely seen.

With the battle for the Summer Games in 2032 now almost over, all eyes are on the 2036 deadline. With a first UFO-like project: a joint bid from Berlin and Tel Aviv. Germany and Israel united to celebrate the 100th anniversary of the 1936 Berlin Games, an event of sinister memory, marked by the rise of Nazism… It was necessary to dare.

At this point, the idea is more of a “vision” than a project. It is worn by two personalities of the German sports movement: Richard Meng and Frank Kowalski. The former chairs the German Olympic Association, the latter was the executive director of the 2018 European Athletics Championships in Berlin.

The two men detailed their idea in a column published in the Berliner Morgenpost. They recognise that claiming to host the Summer Games 100 years after Berlin 1936 could be frowned upon, both in the IOC and in Germany. But Richard Meng and Frank Kowalski insist: “Why consider that this date should be a reason for giving up? It is quite possible to take the question the other way and think that the year 2036 could be the time to show the world what has changed in a century and what still needs to change“.

The two Germans continue: “Why not send a strong signal of peace and reconciliation? A signal that does not ignore the burden of history, but takes responsibility for it? Germany and Israel working together, specifically Berlin and Tel Aviv, would send a very strong message“.

The vision of Richard Meng and Frank Kowalski is based on a sharing of sites and events, certainly very unequal, but not devoid of meaning. Israel would host several low-equipment disciplines, such as beach volleyball, sailing and surfing. Berlin would inherit the main course, with athletics, team sports, cycling…

Realistic? Only the future will answer. But the credibility of such a project will necessarily depend on a common discourse and an identical approach from the two countries. The challenge promises to be daunting.

The Israeli Olympic Committee was quick to react to the two Germans’ proposal. “Holding the Olympics in Berlin, 100 years after Hitler’s Olympics in 1936, will remind us all of the dark times we went through and send a strong message to the world about the values ​​we must stand up for”, they suggest in a statement. But, cautiously, they are careful not to express the slightest support for a common project.

Israel has never really made a secret of its desire to one day host an Olympic date. The country even offered itself a long and expensive feasibility study. But they concluded that the 2048 edition would be arguably the most timely edition, not least for its historic character, with the state of Israel celebrating the 100th anniversary of its founding that year.

On the German side, on the other hand, support has already been expressed. Andreas Geisel, Berlin’s Minister of Sport and Home Affairs, assured Berliner Morgenpost that the project would send “a strong sign for peace”. He believes that the 2036 Games in Berlin and Tel Aviv would serve as a reminder of “the abominable hijacking of the Olympic idea by the National Socialists“.

At 15 years from the deadline, anything can still happen, either way. The many failures of the 2032 edition will no doubt soon be pulling out of their hat a new project for 2036, revised and corrected. Germany was one of them, with a unique candidacy from the Rhine-Ruhr region. Not sure they can withstand her failed 2032 Games campaign.