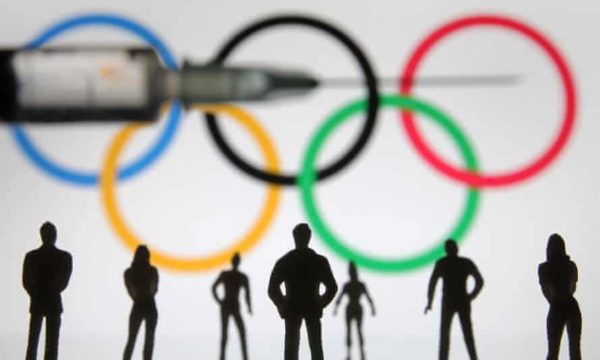 With less than 110 days before the opening of the Tokyo Games (D-106 this Thursday, April 8th), the issue of the vaccination of athletes no longer seems to be the subject of an ethical and moral debate. As the event approaches, pragmatism takes over. Logical.

According to a source “close to the matter” cited by Kyodo News, the Japanese government would consider placing future members of the Olympic delegation at the top of the list of people to be vaccinated as a priority against COVID-19.

Japanese athletes will receive both doses of the vaccine before the end of June, giving them plenty of time to recover from any side effects before diving into final preparations for the Olympic events.

Launched in mid-February, the vaccination campaign in Japan was delayed by the slow delivery of doses. It started with health workers. It must be continued by people aged 65 and over, then by the Japanese suffering from certain pathologies, including diabetes.

Discussions with the Japanese Olympic and Paralympic Committees are said to be only the first few discussions, but it seems that the order of priority decided by the government puts athletes ahead of a segment of the elderly population, which is very large in Japan.

On the other hand, the question of the vaccination of other members of the delegation, coaches and officials, has not yet been decided. It turns out to be tricky, as the Japanese public opinion is likely to twitch at the prospect of a coach being vaccinated before a diabetes patient.

In the United States, the subject was discussed at length on Wednesday, April 7th, the first day of the “media summit” organised by the USOPC in virtual mode. Sarah Hirshland, the executive director of the body, explained that the National Olympic and Paralympic Committee would help athletes obtain the vaccine, but without making vaccination a condition for participating in the Tokyo Games.

“We will not impose the vaccine on Team USA athletes or other members of the delegation“, said Sarah Hirshland. “But we encourage them. We will greatly facilitate the access of members of the delegation to local public health centers, hospitals and suppliers, so that they can easily get vaccinated, no matter where they train in the country. We know that many of our athletes and staff have been vaccinated, but it is not something that we will follow or impose“.

The USOPC cautiously follows the line set out earlier by the IOC: vaccination recommended but not compulsory, no priority but logistical and even financial assistance to access precious doses. The Olympic and US committees are doing it all the more easily as Joe Biden this week ordered states to expand vaccine eligibility to people 18 years of age or older by April 19th.

What do the athletes think? Obviously, they are for and make no secret of it. When asked on the first day of the USOPC’s media summit about their intentions, most answered yes.

“I’m always hesitant, I don’t like getting the flu shot every year“, said Kara Kohler, bronze medalist in rowing at the London 2012 Games. “But I think I’ll do it, because I don’t want to take a risk. I don’t want to risk getting sick, having breathing problems and not being able to compete”.