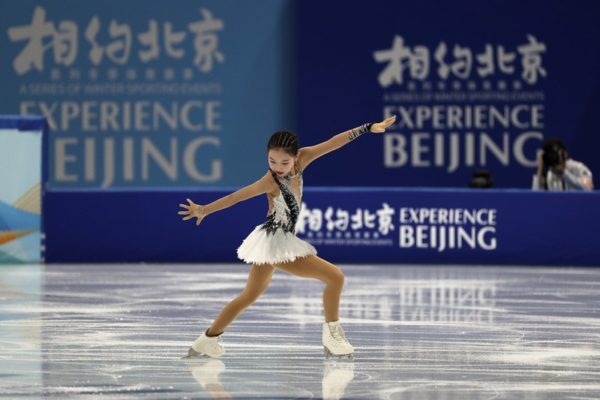 Hard week for the Olympic movement. After the announcement of the withdrawal of a first country, North Korea, from the Tokyo Games for “health reasons“, the sea serpent of a boycott of the Beijing 2022 Winter Games has resurfaced. It pointed its head at Washington, at the US State Department.

Ned Price, spokesperson of the Joe Biden administration, created a sensation by explaining during a press briefing that the United States has not given up on the idea of ​​turning its back on the next Winter Games. He even suggested, surprise, that the subject would be raised with the allies of the White House. With the ambition to adopt a common position and strategy.

“We have always said that, with respect to our reservations about the Beijing government, including its clear human rights violations, the genocide in Xinjiang province, what the United States does will have an impact, but what we will do will be even stronger if we do it with our allies”, Ned Price suggested to the media.

The State Department spokesman did not say when the talks could take a more decisive turn. He also did not indicate when a decision would be made, one way or the other. “I don’t want to give a timeline, but discussions are progressing“, he replied. “This is definitely something we want to talk about, and a coordinated approach is in our best interest and that of our allies”.

Hours later, the US administration tried to calm things down. A senior official qualified the statement of the State Department spokesman. He explained that the US position on the Beijing 2022 Games had not changed, but that contacts with allies and partners were frequent on “concerns associated with China”.

At this stage, the threat of a boycott of the United States, or even part of the Western block, therefore still seems remote. But Ned Price’s statements let it be guessed: Americans do intend to use the Winter Games as a lever to put pressure on China.

Several elected officials in the House of Representatives recently called on Joe Biden to be tougher on the issue of human rights in China. They followed in the footsteps of a mobilisation launched well in advance of the Olympic and Paralympic event by human rights associations. They advocate for a diplomatic approach, and even a boycott of the Games, to draw global attention to the discrimination perpetrated by the Chinese government against Uyghurs, Tibetans, and protesters in Hong Kong.

Several humanitarian groups have approached the IOC. But their response didn’t quite meet their expectations. The body cautiously explained that the Olympic movement must remain politically neutral. They assured that China had offered certain assurances regarding respect for human rights.

“Why punish athletes from your country if you have an argument with another country? It does not make sense“, said Thomas Bach, the President of the IOC, with the ambition to rule out the prospect of a boycott of the Beijing 2022 Games. Clearly, the threat remains valid.