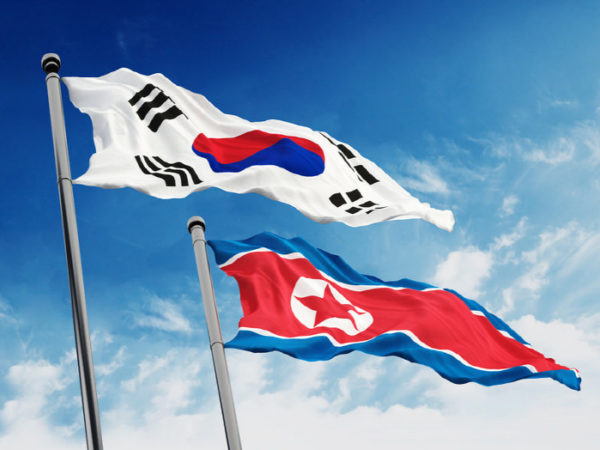 The project does not lack momentum. At other times, they might have even hit the mark. South Korea very officially notified the IOC on Thursday, April 1st, of its willingness to run as a candidate for the Summer Games in 2032. A candidacy that would be jointly supported by Seoul, the capital, and Pyongyang, the capital of North Korea.

A joint candidacy of the two neighbours of the Korean peninsula, the idea is not new. In recent years, it has even taken on the appearance of a sea serpent, emerging from the water or disappearing in the waves according to the political relations between the two neighbours.

In September 2018, South Korean President, Moon Jae-in, and North Korean leader Kim Jong Un waved it in the eyes of the world with winning smiles after a summit between the two countries. Since then, it has seemed abandoned. But it has just come out.

The only problem, but a significant one: the Games seem to be already done. Barring a turnaround, rare in the Olympic world, Australians from Brisbane and Queensland won the game. They were the only ones chosen to pursue a more focused dialogue. At the rate things are going, their victory in the race for the Summer Games in 2032 could be sealed as early as the next IOC session, scheduled before the opening of the Tokyo Games.

The Koreans know this. But, strangely enough, they refuse to throw in the towel. The Yonhap news agency explains that the Seoul city council has urged the IOC to reconsider the two Koreas’ candidacies. Its leaders note that “IOC President Thomas Bach and the future host commission have jointly requested dialogues with the other competing cities since this designation of priority negotiator (for Brisbane) is not a final decision“.

Not false. But the progress of the Korean project comes at a strange moment in relations between the two countries. The South and the North have not had a formal discussion for over two years. Kim Jong Un’s sister Kim Yo Jong last week called South Korean President Moon Jae-in a “US-raised parrot“.

In such a context, where the fragile balance between the two neighbours can upset at any moment, it is difficult to imagine the IOC suddenly turning its jacket over and announcing that, in the end, Brisbane is no longer in the lead and that the race remains open only in the early days.

Still, the Koreans are showing their game. They announce that their joint candidacy emphasises the potential for peacebuilding. They explain that its vision lies in its slogan, “Beyond the Line, Toward the Future”.

Better still, they unveil the five pillars of their project: an edition of the Games that respects the environment and reduces costs; Games for All with Seoul-Pyongyang Joint Organisation; a connection between North and South and harmony between West and East; a combination of advanced technology and Korean culture; and finally, respect for solidarity, cohesion and human rights for all athletes.

According to Seo Jeong-hyup, the acting mayor of Seoul, the 2032 Seoul-Pyongyang Summer Games could be “a watershed for peace and harmony on the Korean peninsula“. Clarification: North Korean authorities have yet to comment on the South Koreans’ announcement, either way. Not sure they really want to do it.