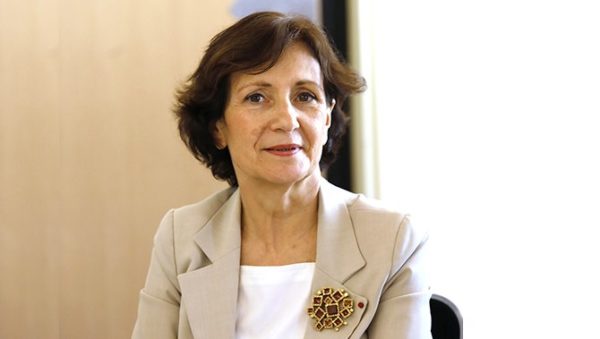 The 2023 Rugby World Cup, then less than a year later the 2024 Paris Games: the international sports movement will soon take its place in France. For French companies in the sports sector, such a calendar takes on the appearance of a mast of plenty.

As of last year, an Economic Interest Group (GIE), France Sport Expertise, aims to support them in their efforts to win contracts. In France, of course, but also globally. Its president, Claude Revel (photo above), answered questions from FrancsJeux.

FrancsJeux: The creation of GIE France Sport Expertise dates back to November 2019. Why this date?

Claude Revel: The creation of the GIE is part of the logic of the launch of the sports economy sector. It dates back to the year 2015, but it didn’t really start working until the following year. I was then an interministerial delegate for economic intelligence. I had been involved in this initiative, as were then Minister of the Economy, Emmanuel Macron, and Ministry of Sports. Members of the industry, including the vice-president Olivier Ginon (president of GL Events), quickly understood the value of creating a business group, a sort of French team of sports companies with a vocation to win international markets. France Sport Expertise is the result of this awareness.

What are the strengths of this French team in the sports economy, the areas where the expertise is the most advanced?

They are numerous. I could cite major equipment, ticketing, stands, digital, or even eSport. Some members of France Sport Expertise are amongst the world leaders in their field of activity. Loxam, for example, is today the 4th largest rental company in the world. But we also identify companies with very specific skills, such as Cryo Control, a world reference in cryotherapy, or Locaconcept, specialising in ephemeral kitchens.

Beyond their membership in the GIE, do these companies have anything in common?

Sport, of course. But belonging to GIE France Sport Expertise also requires meeting certain criteria. The first is technical quality and high level expertise. Then, they must adhere to the principles of non-obstacle to competition. Finally, they must bear the values ​​of corporate social responsibility. We all share a French approach to sport, where sporting activity is placed at the heart of society, with an important role to play for health and education. This approach increasingly meets the expectations of countries, particularly in Africa.

Has the health crisis slowed down your progress?

COVID-19 has slowed down our registration. It did not intervene until late last spring. We also had to keep pace with administrative time, which is sometimes long in France. And the GIE has changed its chairman and managing director, Bruno Lartigue having acted as interim before I took on the chairmanship. But since last fall, we’ve hit our stride.

What are the international sporting events on which the members of the GIE most clearly aim to position themselves in order to win markets?

At the top of the list, the 2024 Paris Olympic Games and the 2023 Rugby World Cup in France. The 2022 Francophonie Games in Kinshasa, DRC, also. In the longer term, the 2026 Youth Olympic Games in Dakar. But we are also looking at the 2023 European Games in Poland. And even the Tokyo Games. It is undoubtedly too late, but the event interests us to make ourselves known, in particular in the perspective of the Beijing Winter Games in 2022. We are also interested in the Arabian Peninsula, especially Qatar and Saudi Arabia. Finally, in the major sports equipment market, two African countries present many opportunities: Côte d’Ivoire, which has an ambitious equipment plan, and Benin, where the Head of State is passionate about sports.

One of your members, BPCE, is a premium partner of Paris 2024. Several others are set to join the adventure. How do you approach this Olympic and Paralympic event?

We maintain relations with the OCOG Paris 2024. We met Tony Estanguet, we are in contact with his teams. We also met Michel Cadot, the interministerial delegate to the Olympic and Paralympic Games. We want to have information as soon as possible on the conditions of the calls for tenders. And we want to fully understand the OCOG criteria, in terms of CSR, heritage and sustainability. We have the will to play collectively on this event.

France Sport Expertise now has 24 members. Have you determined a maximum number of businesses that should not be exceeded?

In the next three months, we will grow to 28 members. We are not a closed club. It is interesting to grow, but we want companies that are experts, responsible and respect certain principles. The GIE must remain a label of expertise and responsibility. I would also like to point out that we are open to competition. We could thus quite count among our members two companies present in the same sector of activity.