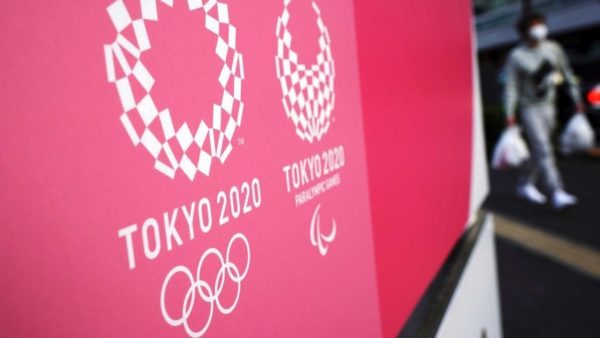 The news surprised no one. It was expected. It only confirmed the rumours. The Tokyo Games will take place without foreign spectators. Only Japanese residents will be admitted to competition venues. Cruel first.

After the Tokyo 2020 Summer Games were awarded, Japanese organisers announced that 7.8 million tickets would be issued. Last spring, when the decision to postpone the Games was made, 4.45 million seats had been sold to Japanese residents. Foreign sales amounted to 600 000 units. Since the event was postponed, the organising committee has received 810 000 reimbursement requests from the Japanese public. In total, the box office should have represented $800 million in revenue.

The ban on foreign spectators, a health measure presented in Tokyo and Lausanne as a sign of a desire to make everyone’s health a priority, also concerns volunteers. They should have been around 8 000 from overseas. The organising committee said a tiny minority of them, chosen for their very specific skills (mastery of a minority language, for the most part), would be allowed to enter the country.

For the official foreign agencies, appointed by the National Olympic Committees to market tickets, travel and stays to the Tokyo Games in each country, the blow is severe and the disappointment immense. Igor Juzon, CEO of Eventeam, the official ticketing agency for France and Belgium, told FrancsJeux.

FrancsJeux: As the official agency of two National Olympic Committees, have you been informed of the reflection and then the decision not to allow foreign visitors to the Tokyo Games?

Igor Juzon: No. We learned about it on Saturday morning, along with everyone else, when the Japanese officially announced the decision. Along with other foreign agencies, we wrote to the organising committee for answers, but to no avail. We believed in it until the end, placing a lot of hope on the vaccination. Today the disappointment is enormous. For us, of course, but above all for all the supporters we have been supporting at the Games since London 2012.

In terms of numbers, what did the Tokyo Games represent for Eventeam?

Just under 40 000 tickets. Before the postponement, we were at 6 000 supporters, between France and Belgium. But the event was very popular. A large number of cases were in progress. We could have probably reached 10 000 people. After the decision to postpone, we recorded about 30% cancellations. So, until the end of last week, we were at 4 500 people, with an average of 3 to 4 tickets per supporter.

The Tokyo Games operation represented a financial commitment of close to 10 million euros, between tickets, travel, hotels, transfers, accompanying persons, interpreters… The blow was severe. But the agency is strong. We have been around for 20 years. And we are fortunate, in France, to have been helped and supported by the public authorities during this crisis. Not all of my colleagues abroad can say the same. We are now looking forward to other big events, including the Roland Garros tournament, with the hope that the public will be admitted. I strongly believe in reviving the sports events sector once the health crisis is behind us.

The organising committee has already announced that tickets will be refunded to foreign spectators. But what about hotel nights and plane tickets?

We will also be reimbursed by hotels and airlines. Starting this Monday, we will write to the organising committee in Tokyo and to our service providers to find out what will happen next and the details of the procedure. We will reimburse all of our customers.

Will the ban on foreign visitors from abroad also apply to sponsors?

To date, we have not had any information regarding an exception for partners or guests. The decision taken by the Japanese concerns all foreign visitors (not accredited). I now consider that the Eventeam agency will not have a client and will therefore be absent from the Tokyo Games.